Most of the big cities in Russia have a Kremlin, or “fortress” from back in the day when they had to defend their cities. Construction of Astrakhan’s Kremlin began in 1558. The Assumption Cathedral was constructed later around 1700.

We see people ice fishing on the Volga River, even though the whole thing isn’t completely frozen…

In the park, there’s an eternal flame to remember those who served in WWII. There’s a similar flame outside the Kremlin in Moscow. 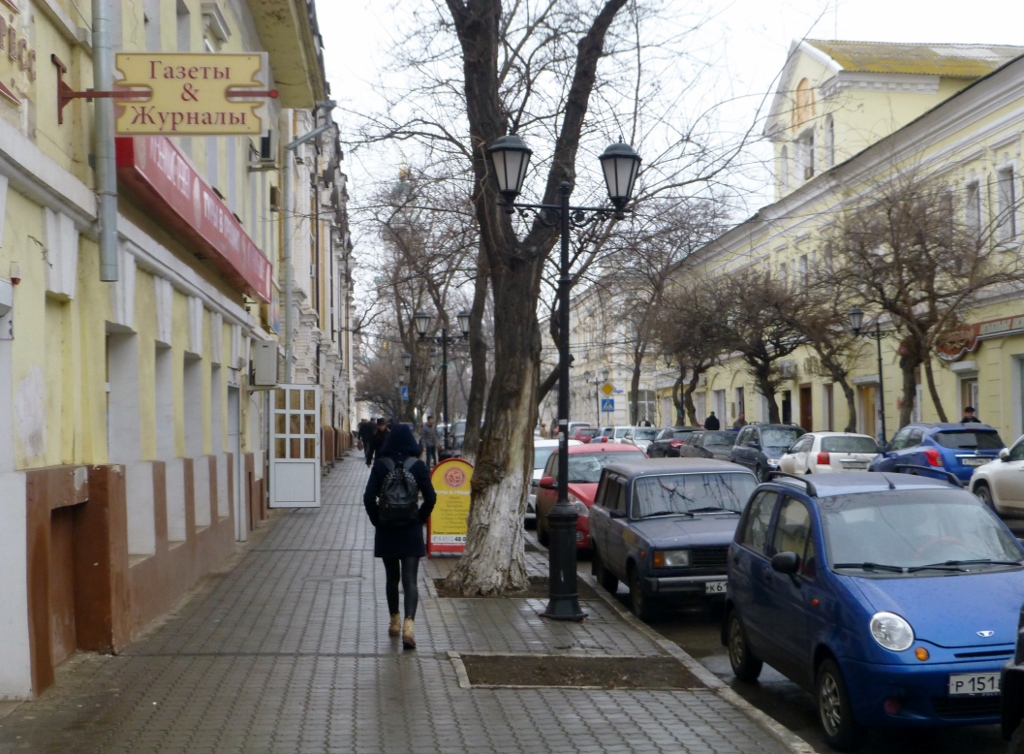 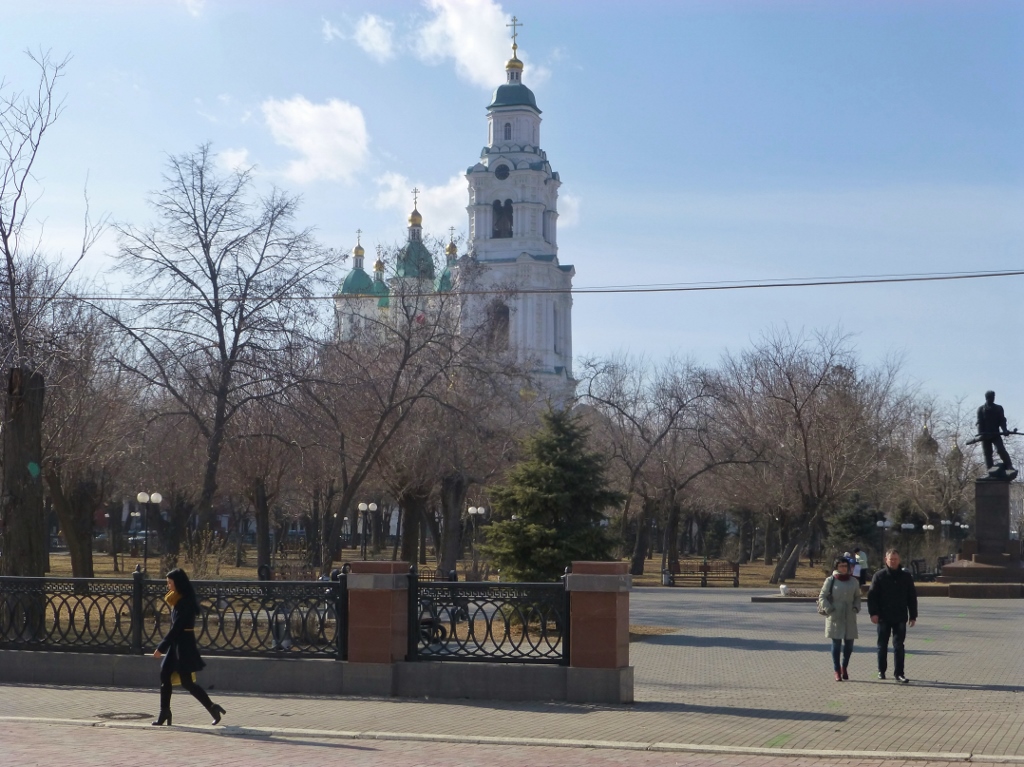 or fly to Moscow