You know how it goes – throw a coin over your left shoulder with your right hand into the Trevi Fountain and you’ll go back to Rome. It worked for me! Plus, they say they use the money to feed the homeless, so it’s a win-win. 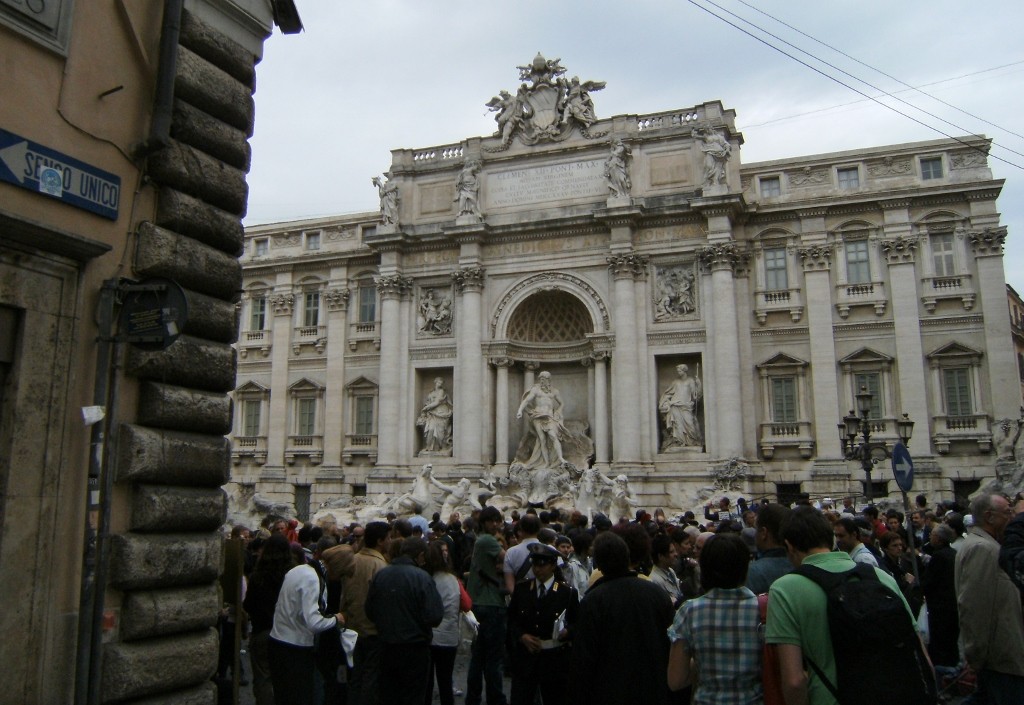 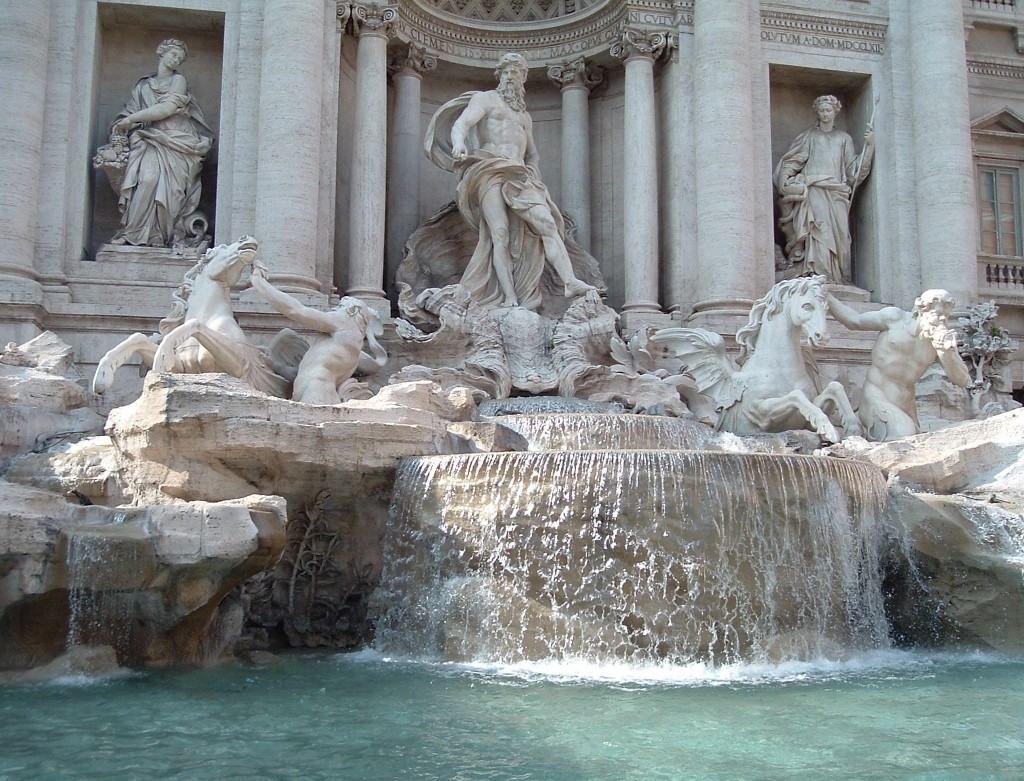 In Piazza della Rotonda, a busy little square with decent gelato, good espresso, and a fountain. 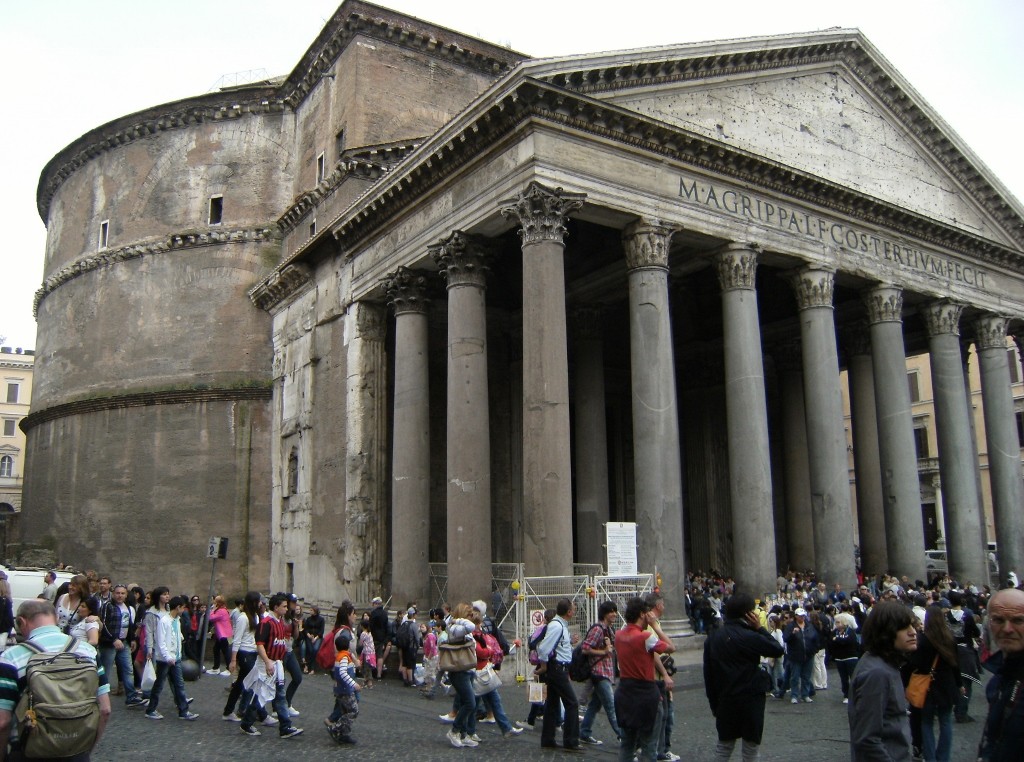 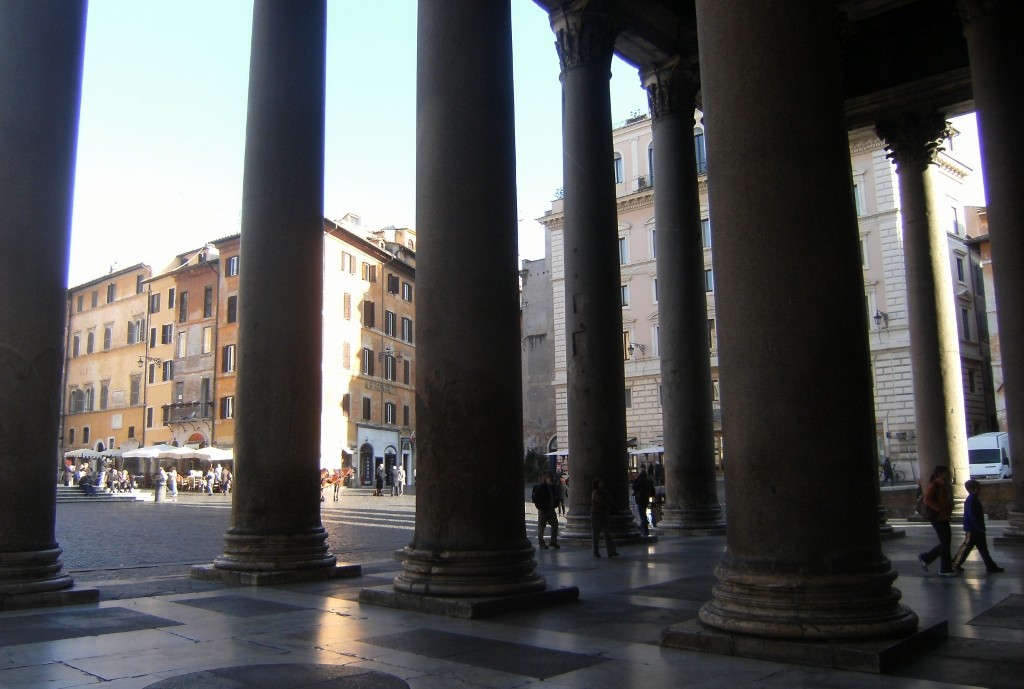 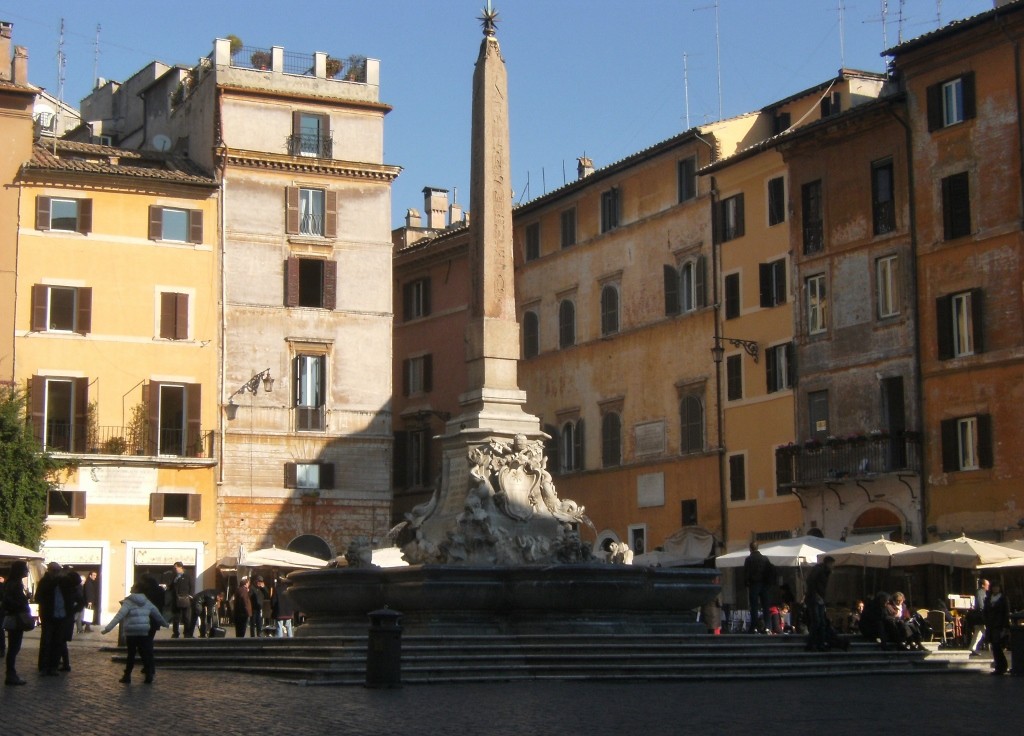 Inside this nearly 1900 year old Roman temple, a beam of sunlight moves around the coffered ceiling like a sundial. 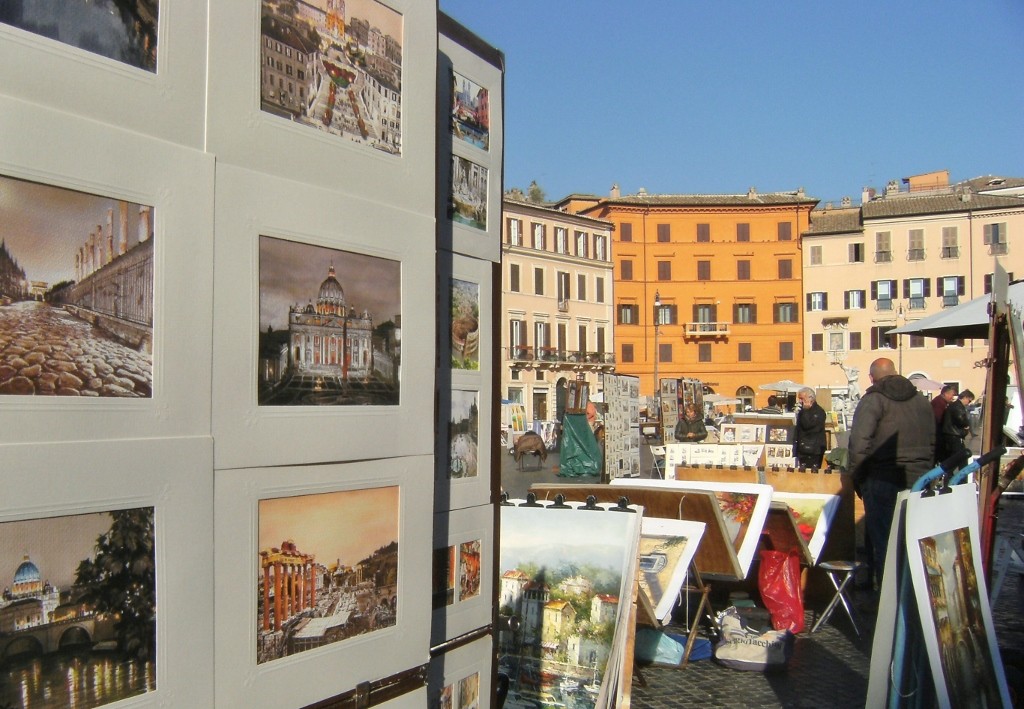 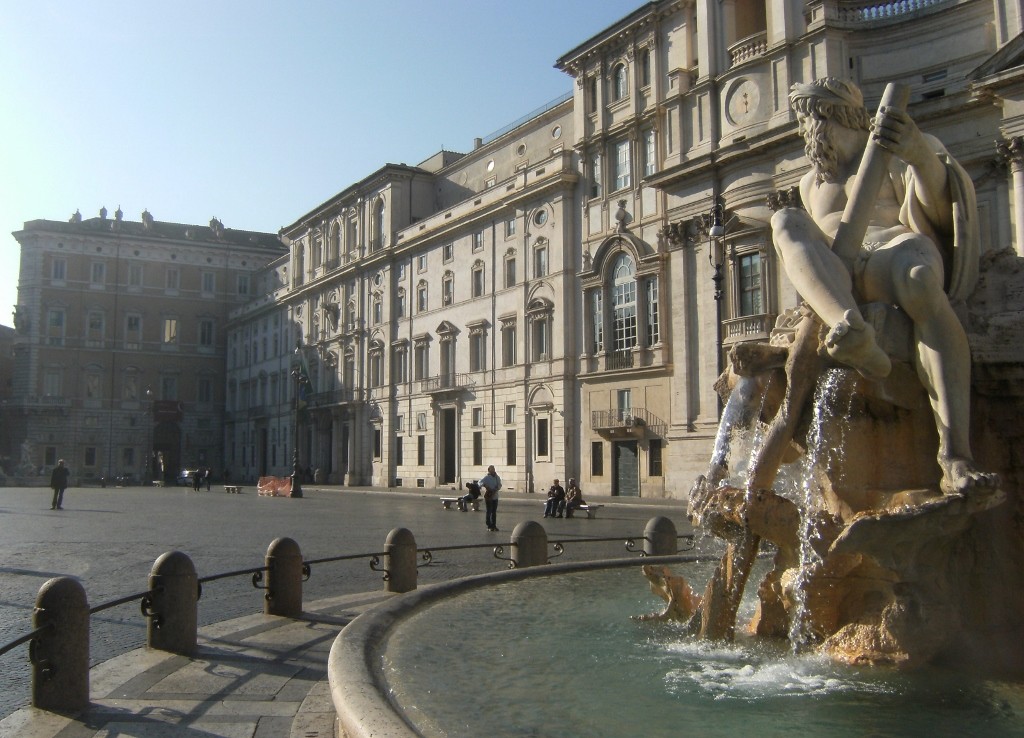 Vatican City comprises the church of all churches, St. Peter’s, as well as the piazza where they announce the Pope, the Sistine Chapel Michelangelo painted, the Vatican museums/gardens, and the world’s smallest army, the Swiss Guard. 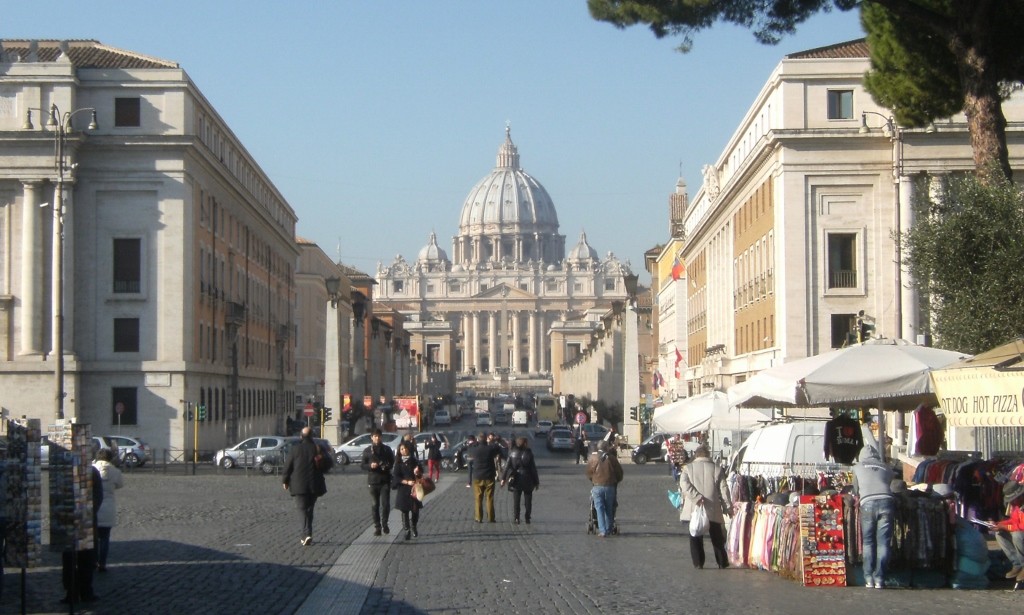 You can visit St. Peter’s for free, but you need a ticket for the rest, which I’d purchase ahead. 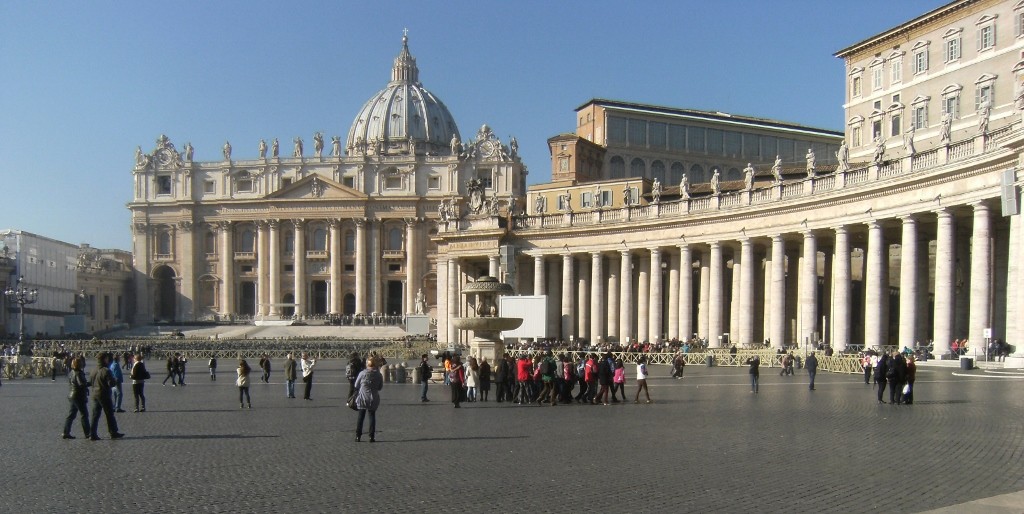 Plan on spending the whole day at the Vatican. And remember they’re kind of old fashioned about dress code. 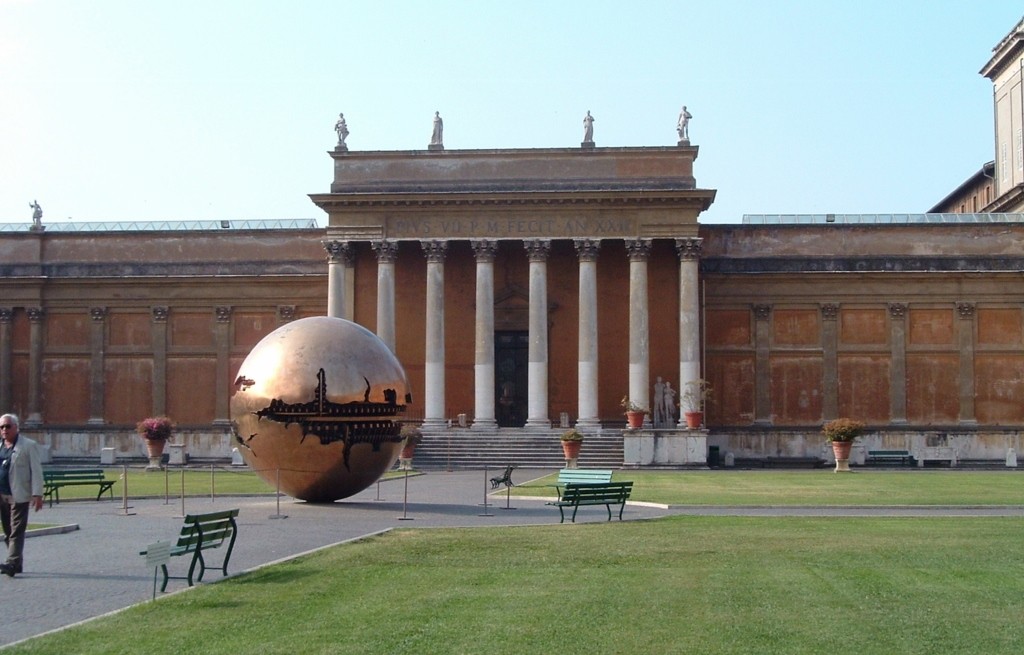 Where the gladiators fought. 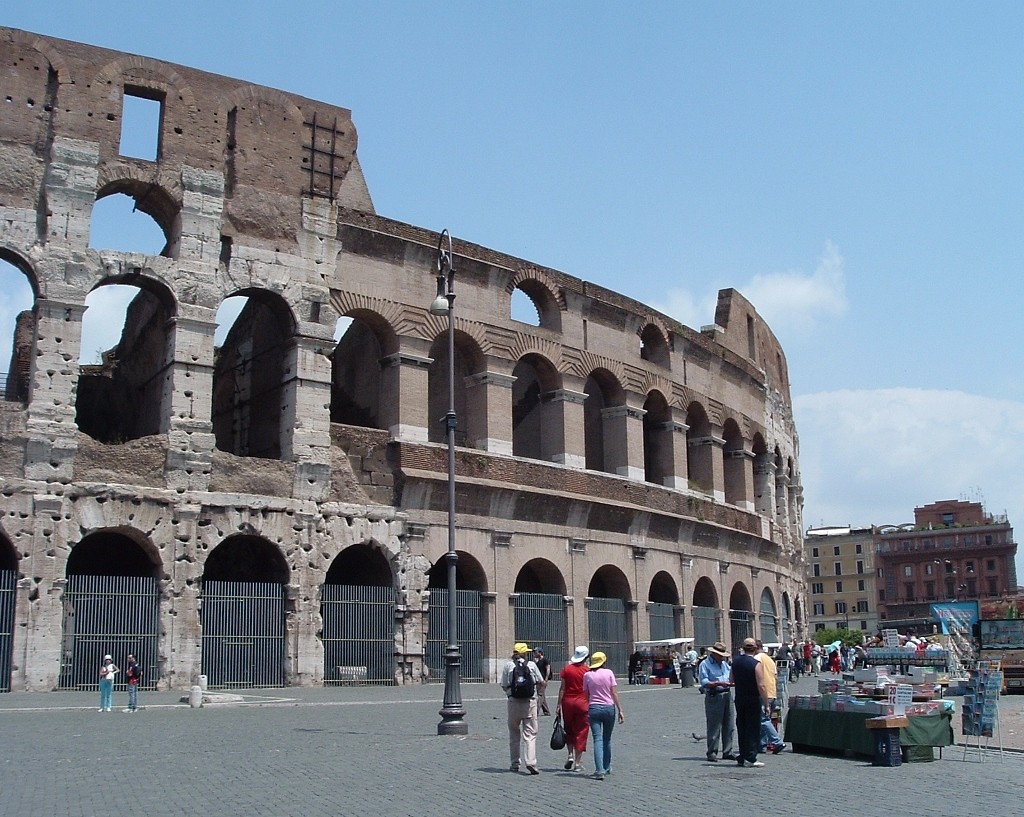 I wasn’t expecting the inside of the Colosseum to look the way it does, particularly the floor. Instead of a flat, dirt surface, it’s more walls and arches.

Near the Colosseum you’ll find other remains of the Roman Empire like the Roman Forum, the Arch of Constantine, and the Temple of Venus and Rome. 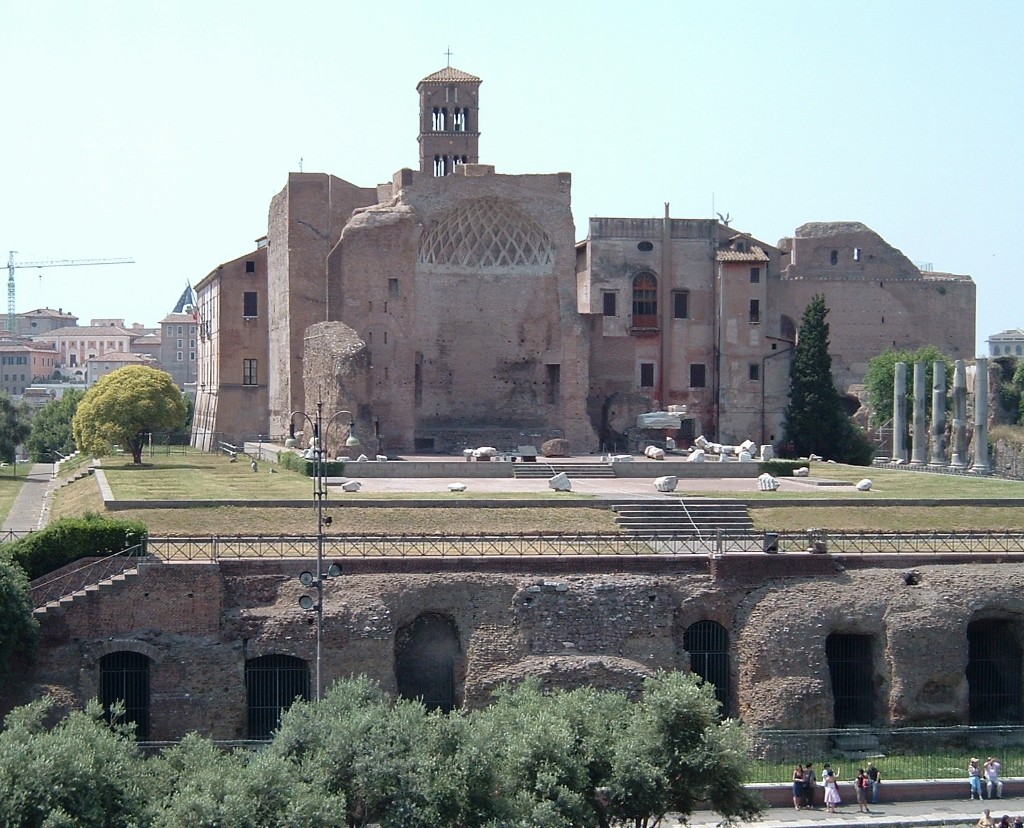 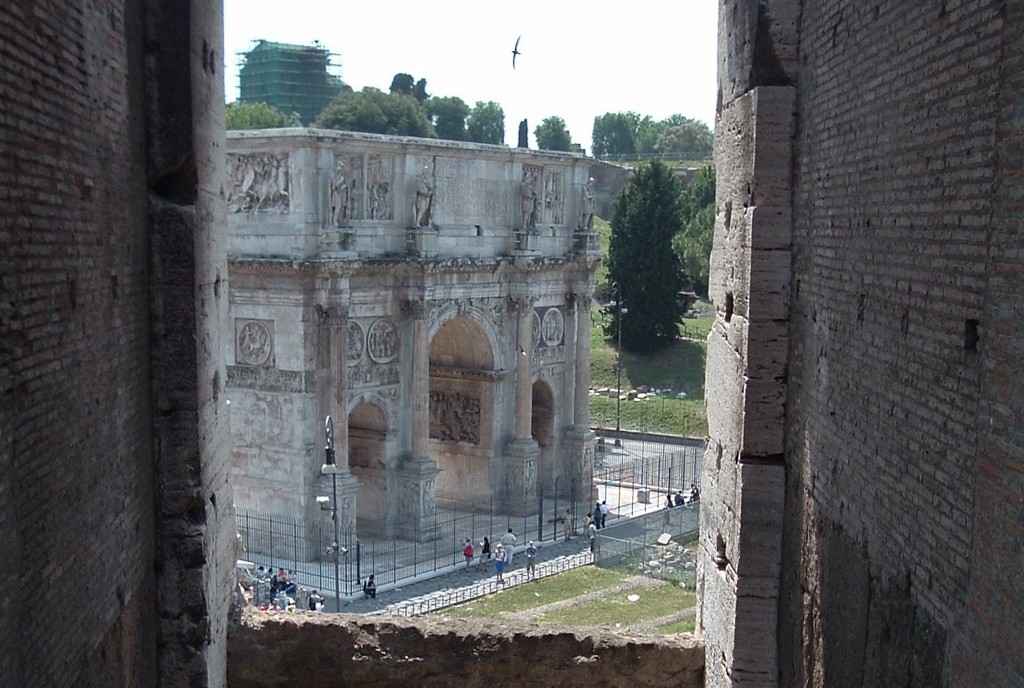 Like the Louvre’s glass pyramid in Paris, locals either love or hate this marble monstrosity. There’s an eternal flame honoring the Tomb of the Unknown Solider from WWI, and you can take an elevator to a terrace on the top for a view of the city (although, the view from Piazza del Popolo is just as good and free…) 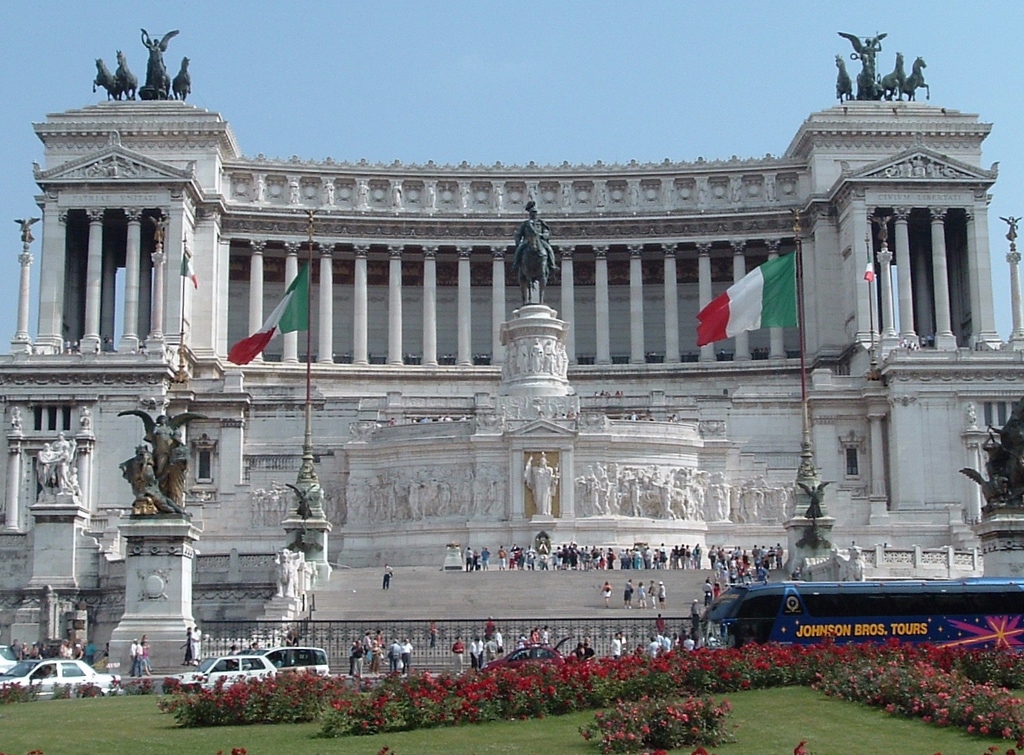 The famous set of steps people hang out on. 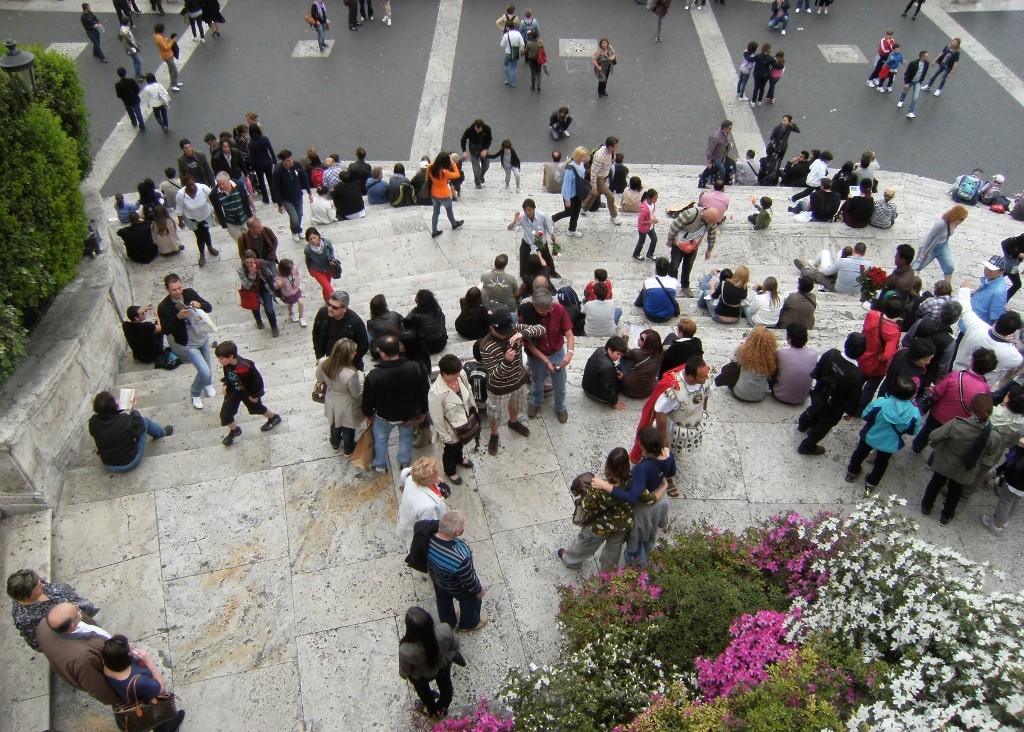 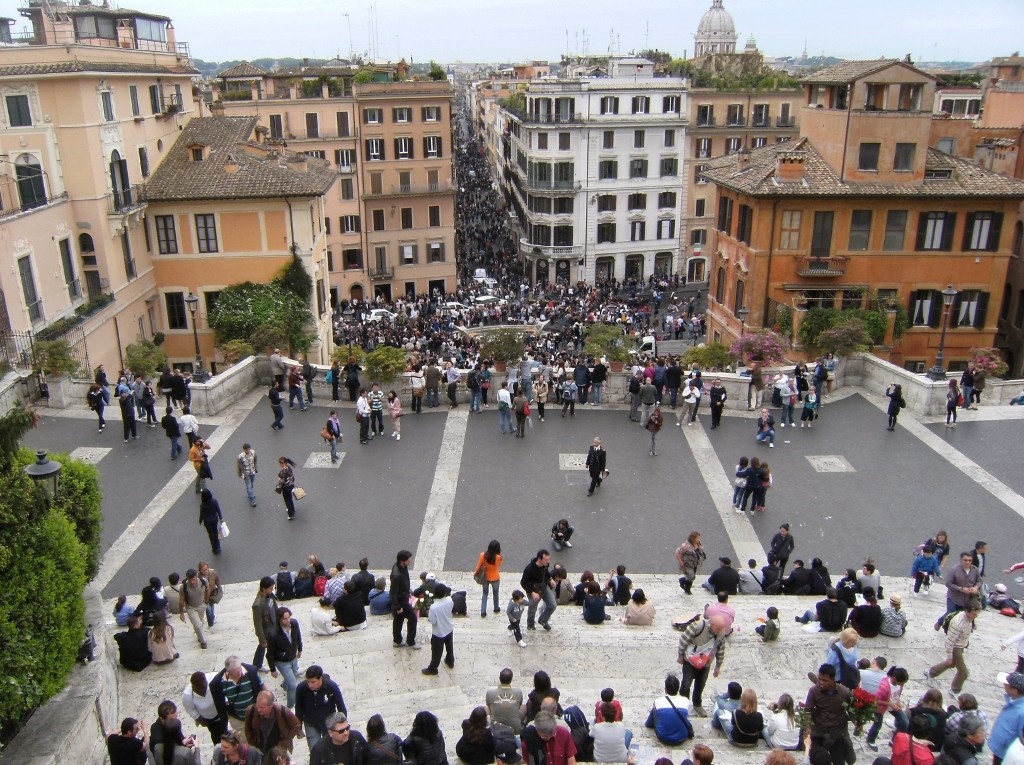 Climb up the northeast side of this oval piazza for an incredible view of the city. The adjacent Da Vinci museum is kind of lame, though, fyi. It would be way more exciting if you could actually try out the mock ups of his inventions instead of just staring at four or five of them – one of which looks like a cloth diaper attached to a small piano. 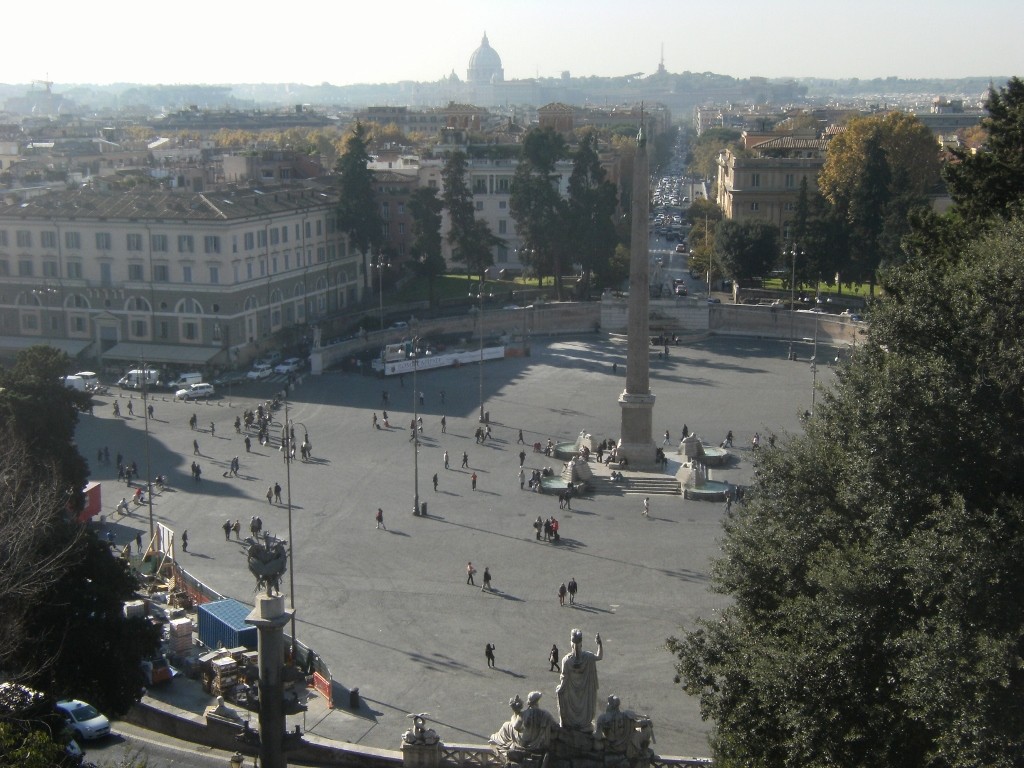 Zaha Hadid designed this contemporary art and architecture museum. North of the city center – Via Guido Reni, 4A. 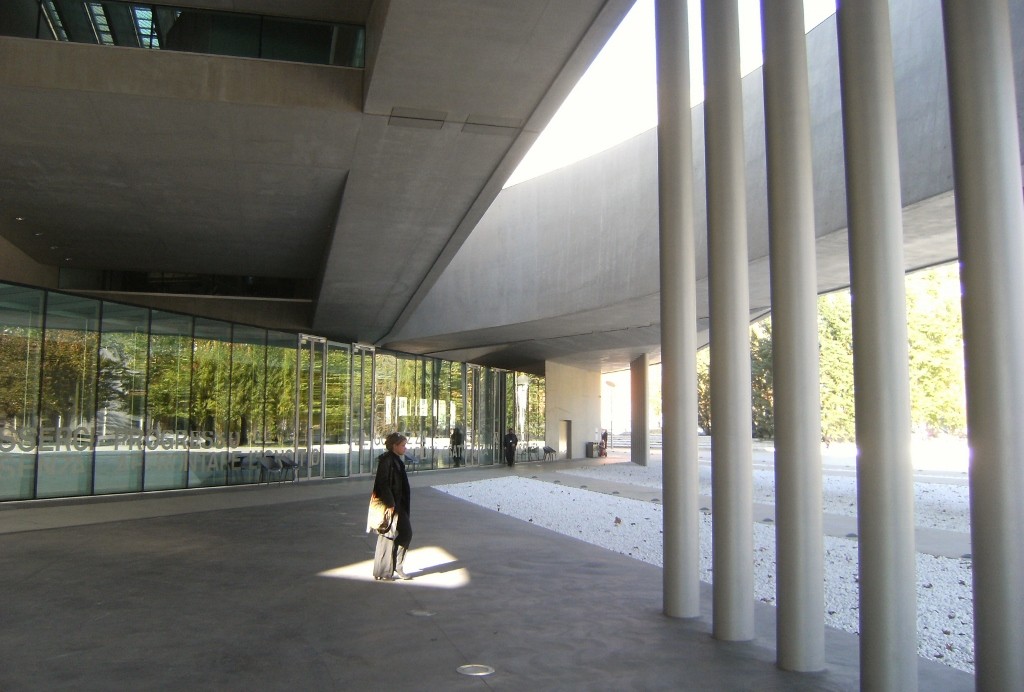 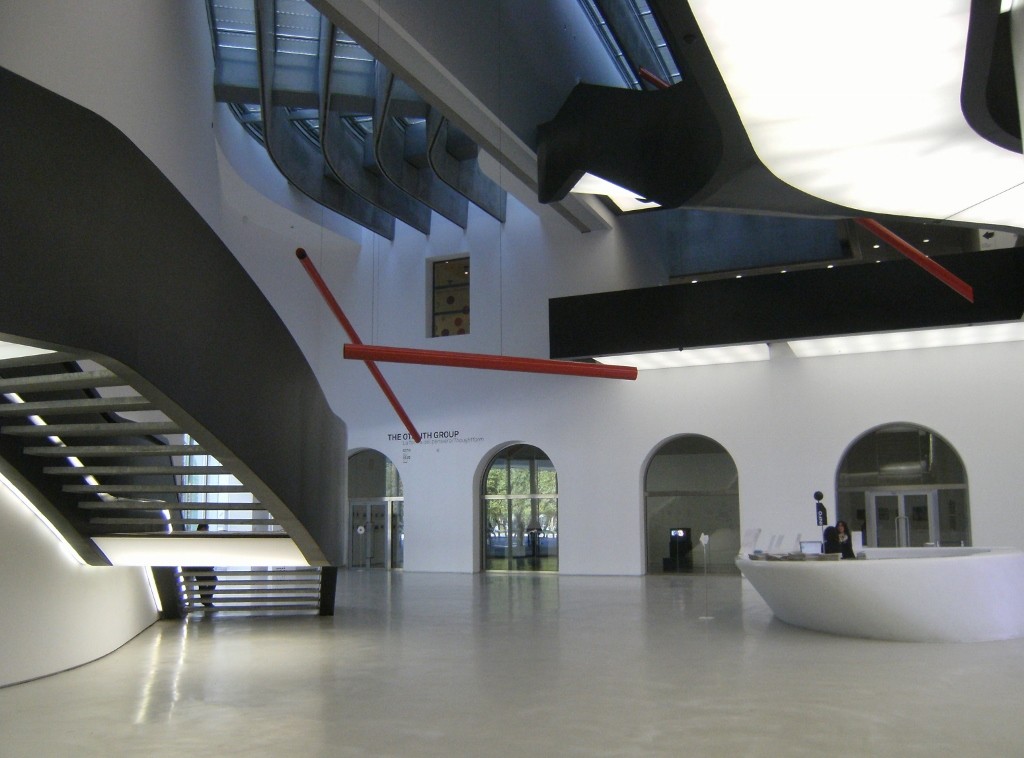 Villa Borghese
A fancy house and expansive gardens by Piazza del Popolo. We have a heck of a time trying to find it in the dark.

Villa Doria Pamphili
Another fancy house and gardens. This one’s south of the Vatican.

Villa Ada
A huge park with some Roman ruins. North of Villa Borghese, and in line with MAXXI.

or take the train to Perugia