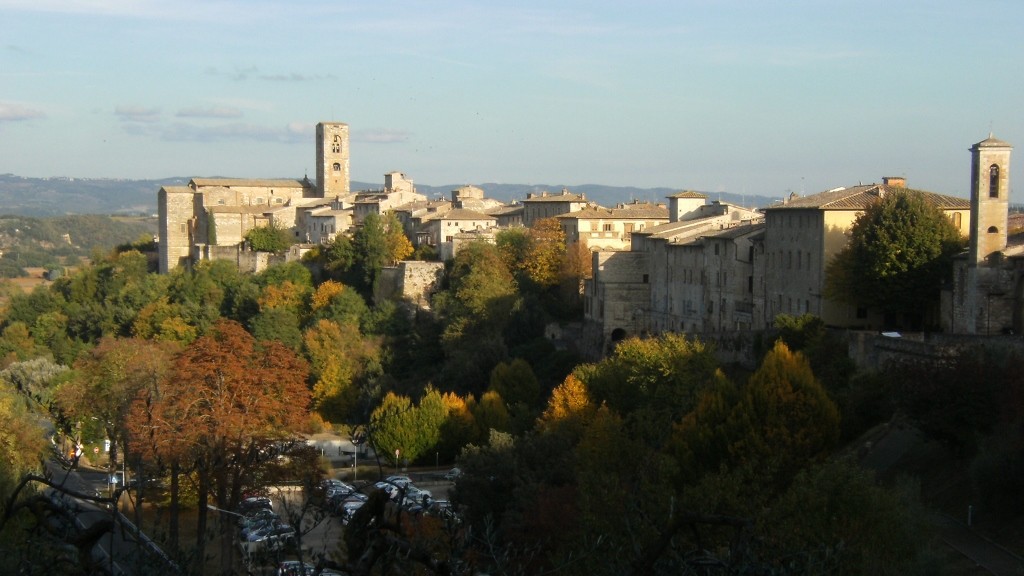 The 20,000 people who live in Colle di Val d’Elsa would fill less than a 1/3 of Sun Devil Stadium. I live and work in Old Town, which is long and skinny, about a 15 minute walk from end to end and across about a 15 second run if there was a through street. But there aren’t any. Just narrow passages, steep inclines, old steps, and winding tunnels. The buildings are from around the 1300’s (info courtesy of our teeny archaeological museum I visited yesterday in about 12 minutes). Here are some of the best things to see in Colle… 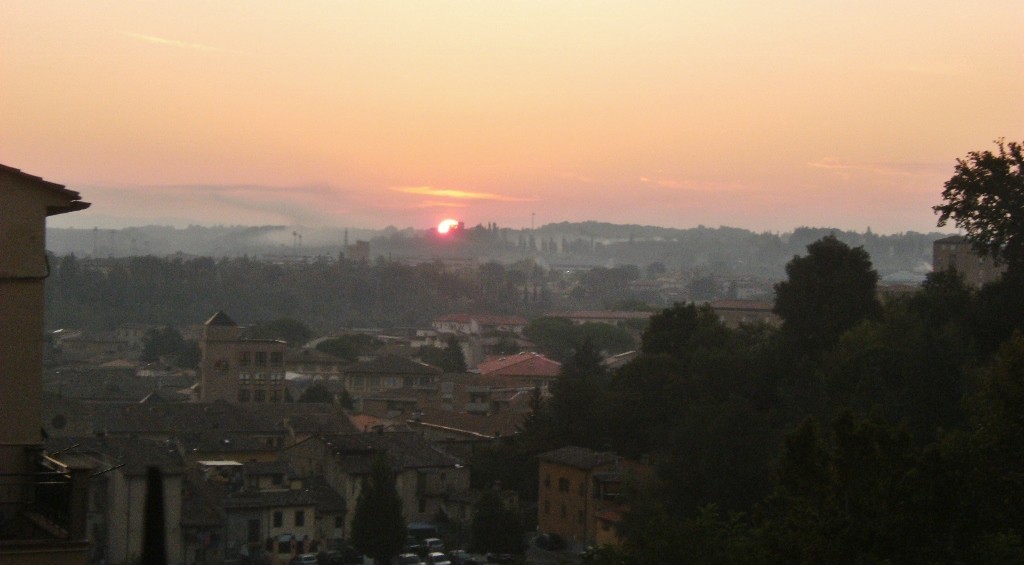 The town square, where the have a weekly market on Fridays and the occasional festival. 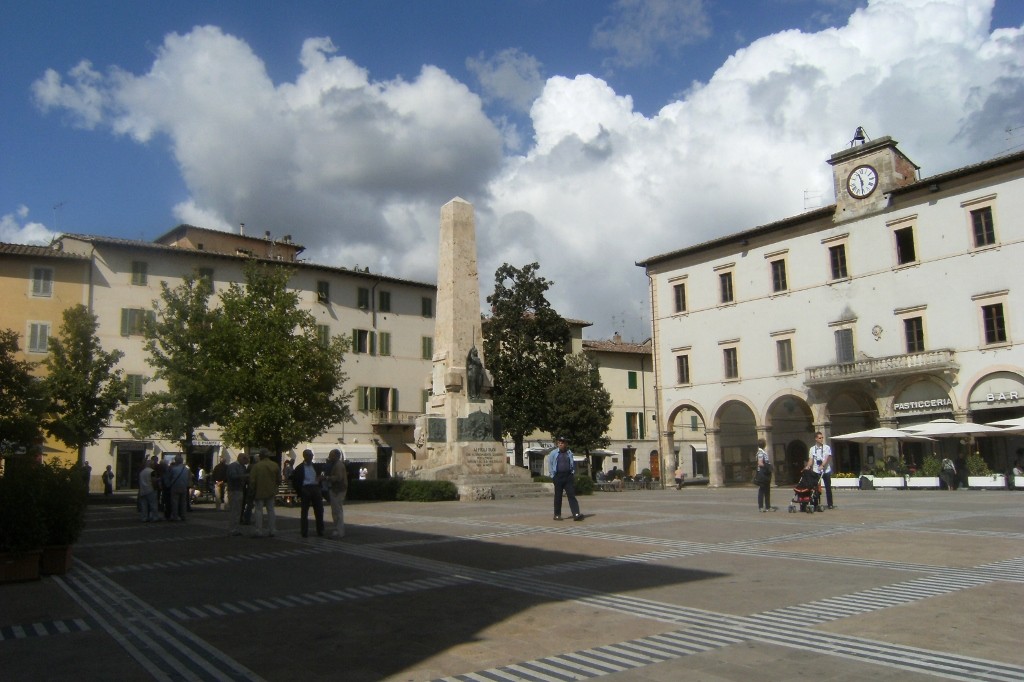 There’s an obelisk in the center of one half and a fountain in the other. The two bars/caffès on the north side under the clock tower are better than the rest in the piazza. 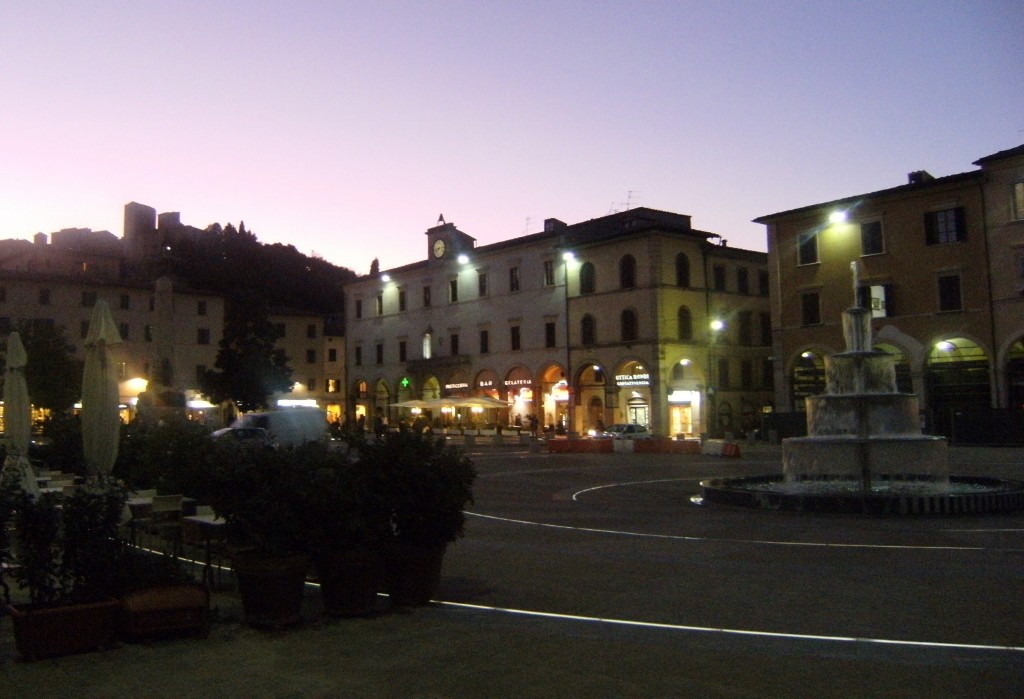 The great glass elevator. How many towns do you know that have an elevator as a means of transportation? It takes you from lower, “newer” Colle, up to Old Town. 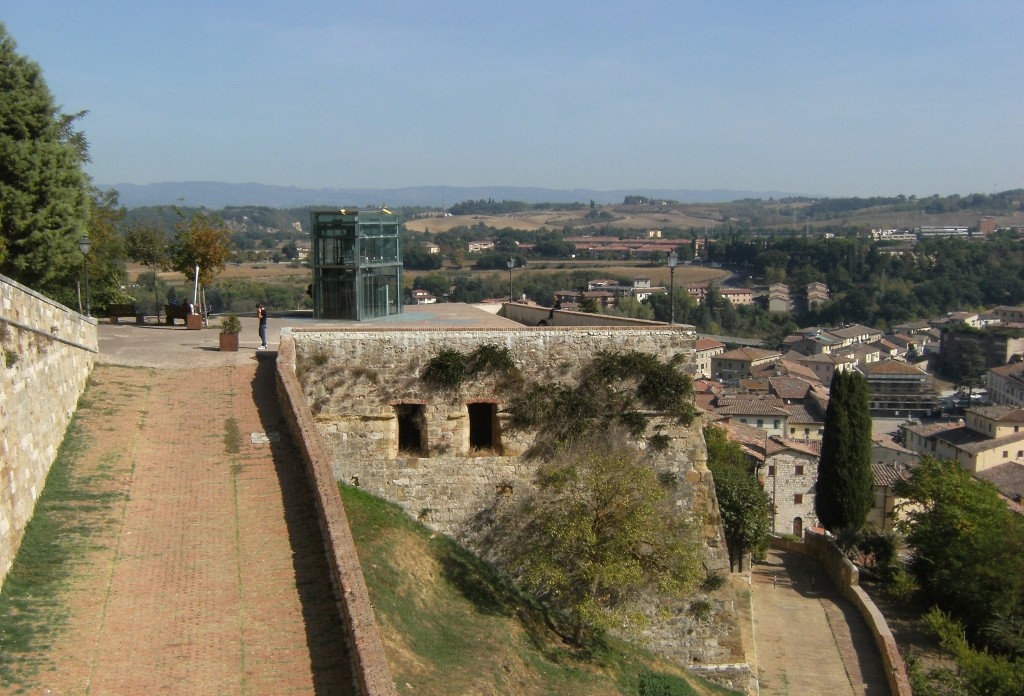 I usually take the elevator up and the ramp down. 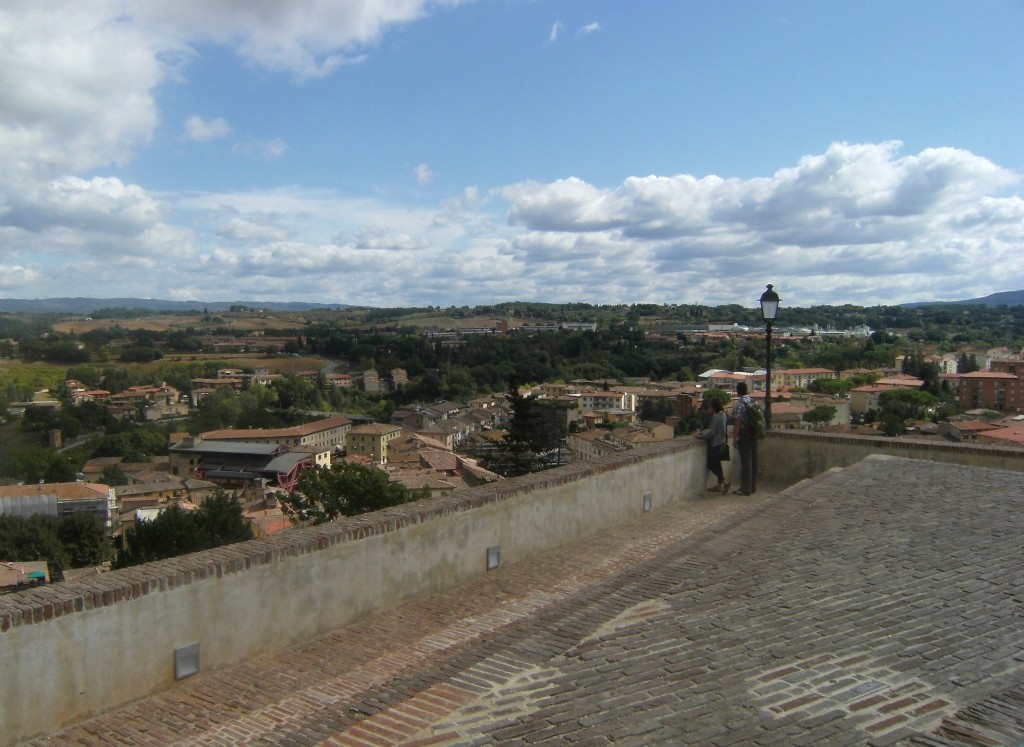 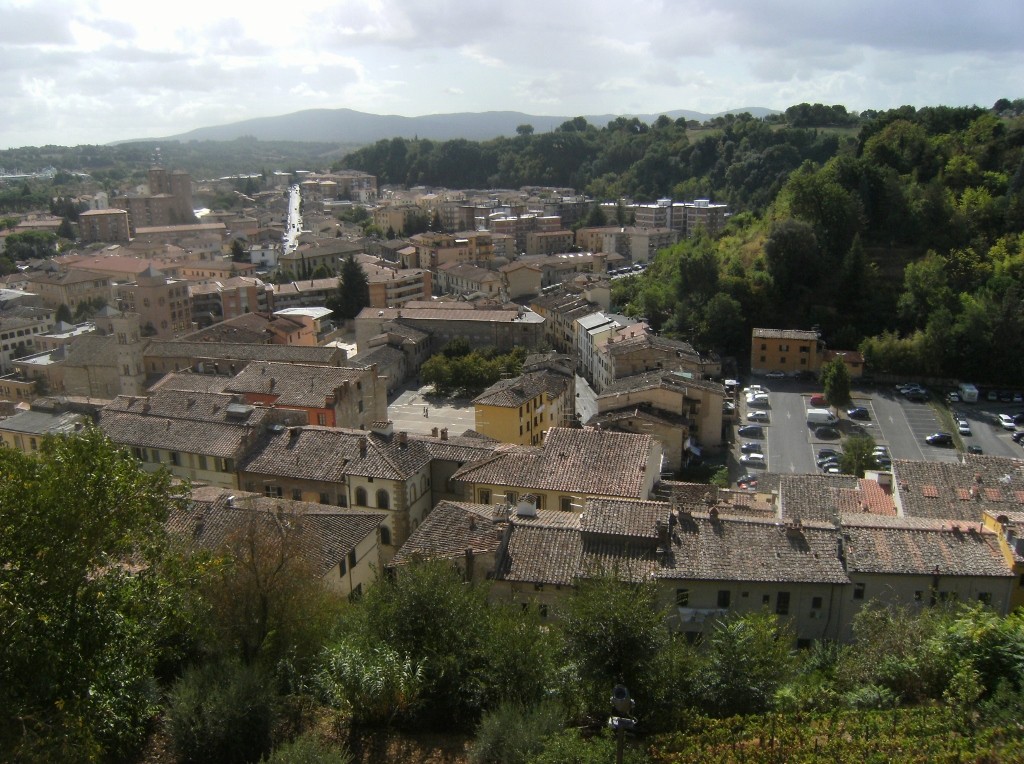 Colle’s known worldwide for its crystal. Going to the crystal shops themselves and talking to the artists is probably more fun than touring the museum. The museum’s a little lame. There’s a random maze titled “the crystal forest.” But for a couple euro, I learned some things. The best crystal shops are up in Old Town. There’s one right when you get off the elevator.

I hike down a path that runs parallel to a farm, packing a light lunch for a picnic. There happens to be a table waiting next to the remnants of a campfire under a canopy of trees. And there lies Elsa, the river, a cloudy pale blue like frosted glass.

It’s a perfect hideaway. The picnic table’s full of engravings: “Ti amo” this Italian name and that. The insalata del mare (salad of the sea), which I picked up at a deli earlier, tastes as fresh as the river running beside me. It’s proof that location can change a meal: a crêpe tastes different under the Eiffel Tower, hot chocolate better by the fire…

This museum’s better than the crystal one. It displays artifacts about the history of Colle. It’s pretty small, so it doesn’t take long to visit.

Outside, there’s a nice piazza with a bus stop, clock tower, and church. 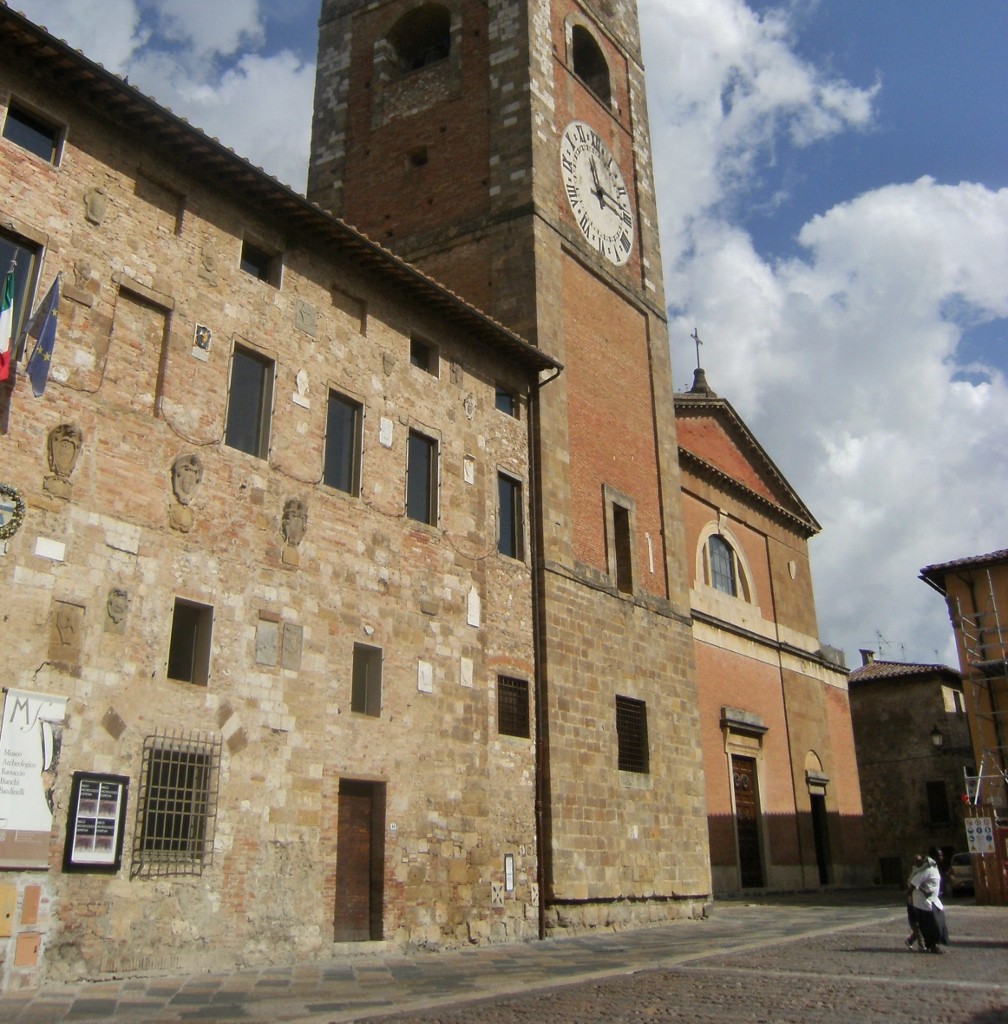 Underneath the church is a sacred room with painted ceilings, which is actually nicer than the church itself. 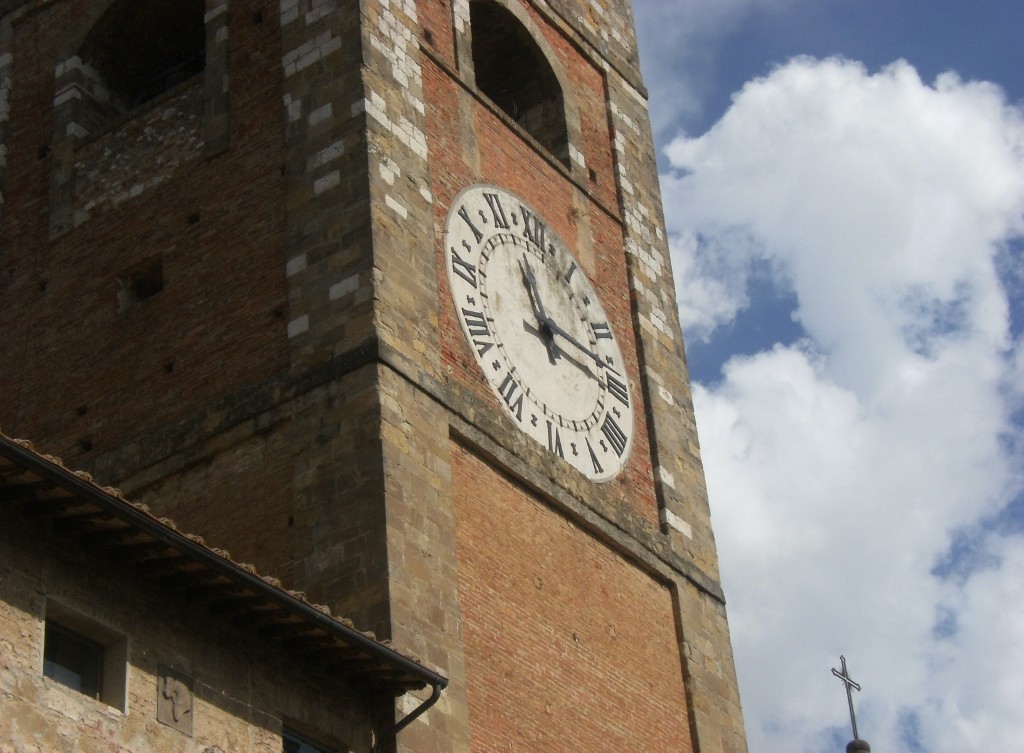 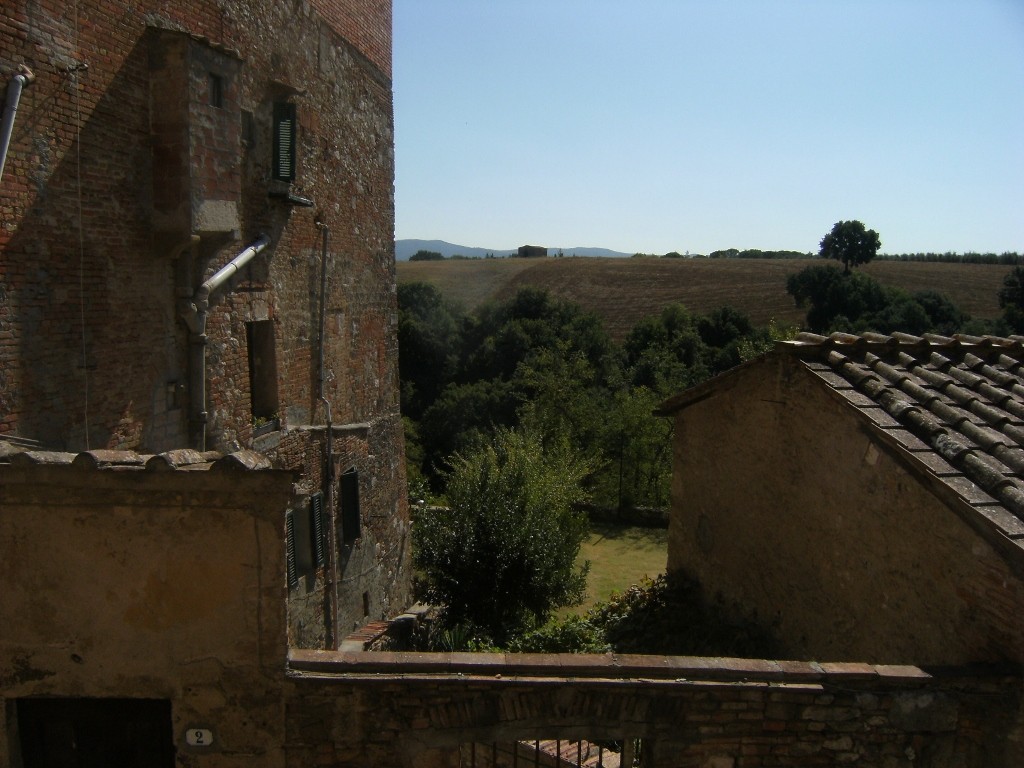 It’s just a corner of the street with a bench and a few concrete and wood cubes, but it’s my favorite spot. 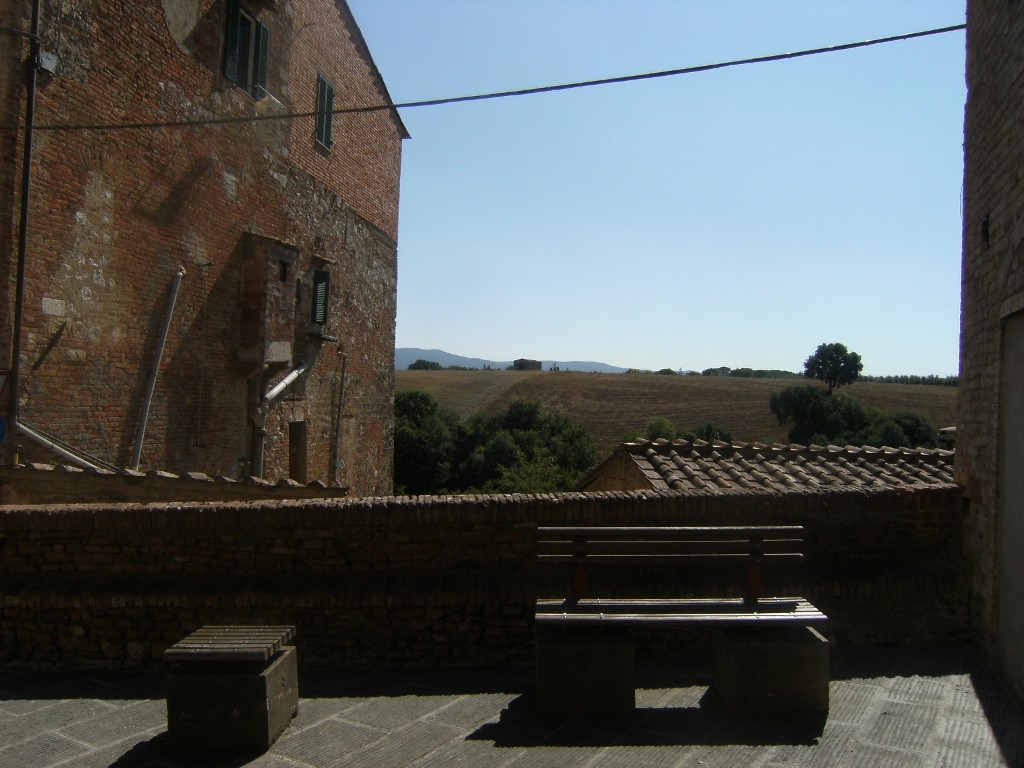 To capture all of Old Town, head over to the roundabout, which is more historical artifact than traffic flow tool. 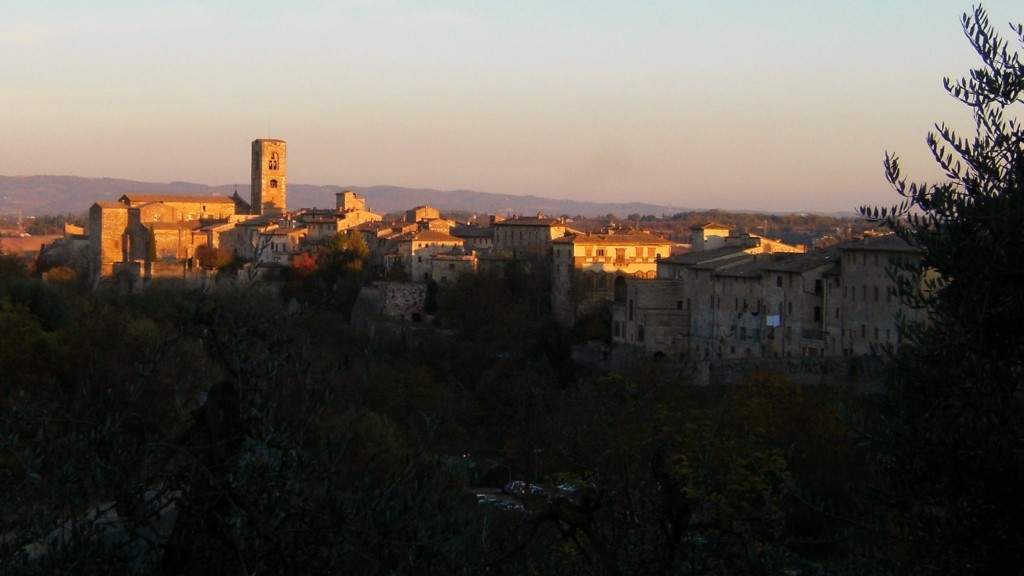 The “new” city gate, is still pretty old. There’s a rooftop bar open during the season. Just inside the gate is the beautiful San Lorenzo Hotel on the left, and Officina on the right.

If you’re staying a while in Colle, ask Luigi if you can join the bocce ball league. They also play cards in the building next door.

Riding horses is pretty popular in the region. Siena, you know, has the famous Palio horse race every year. There are a couple outfitters near Piazza Arnolfo like La Selleria in the southeast corner.

Seminary of the Sacred Heart. 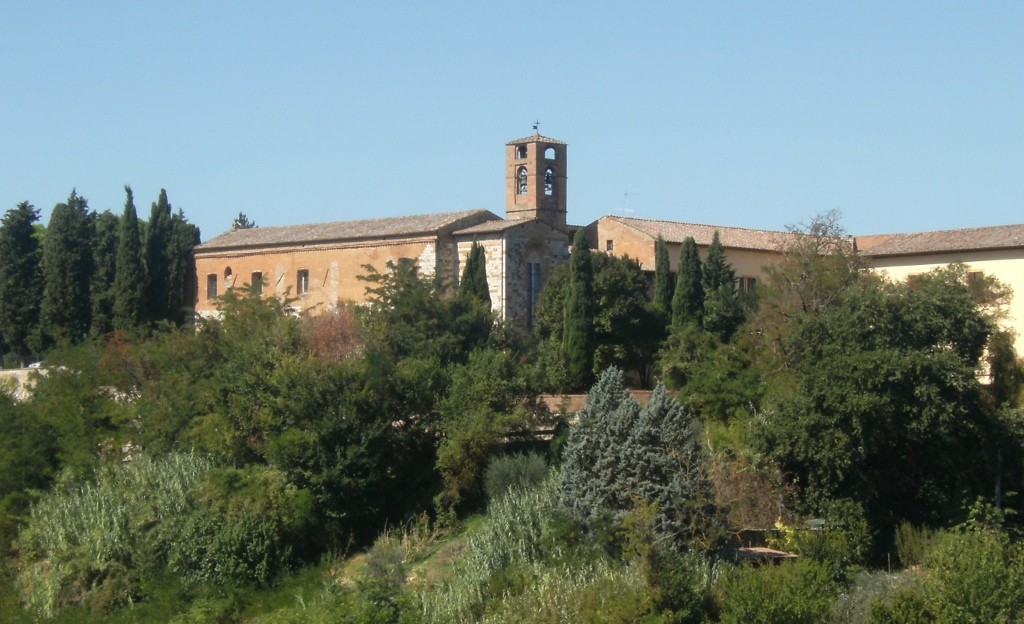 There might not be a more charming and quintessentially Tuscan town than Colle di Val d’Elsa. 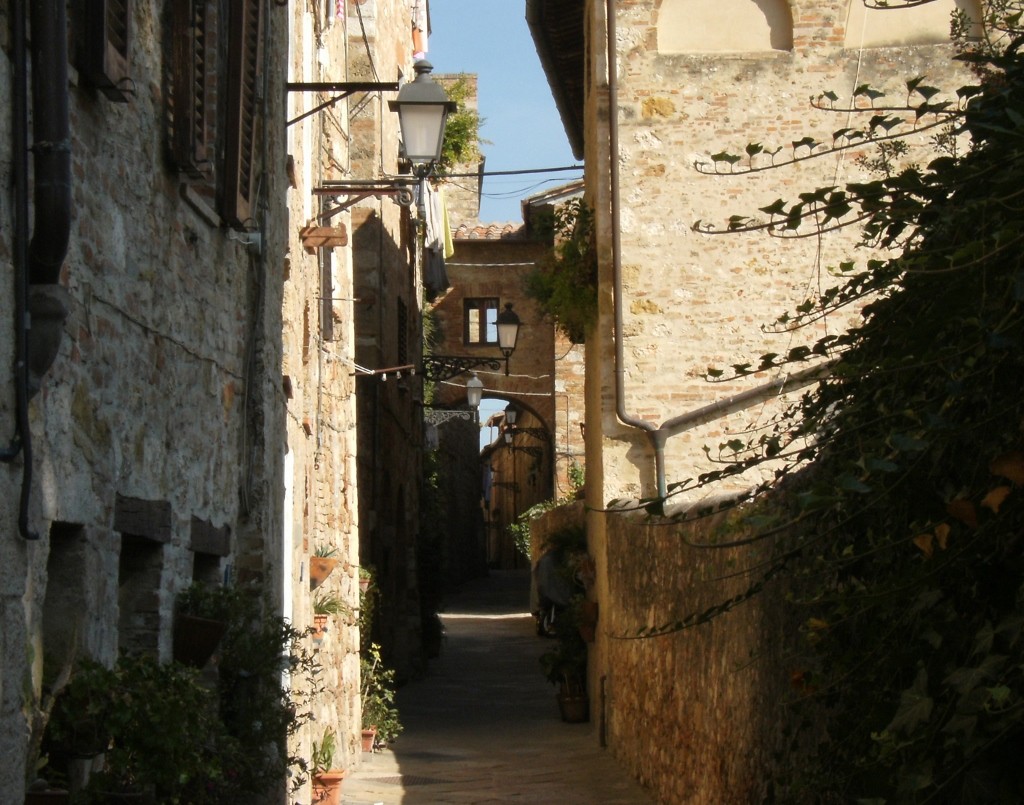 Every nook and cranny of Old Town is interesting. 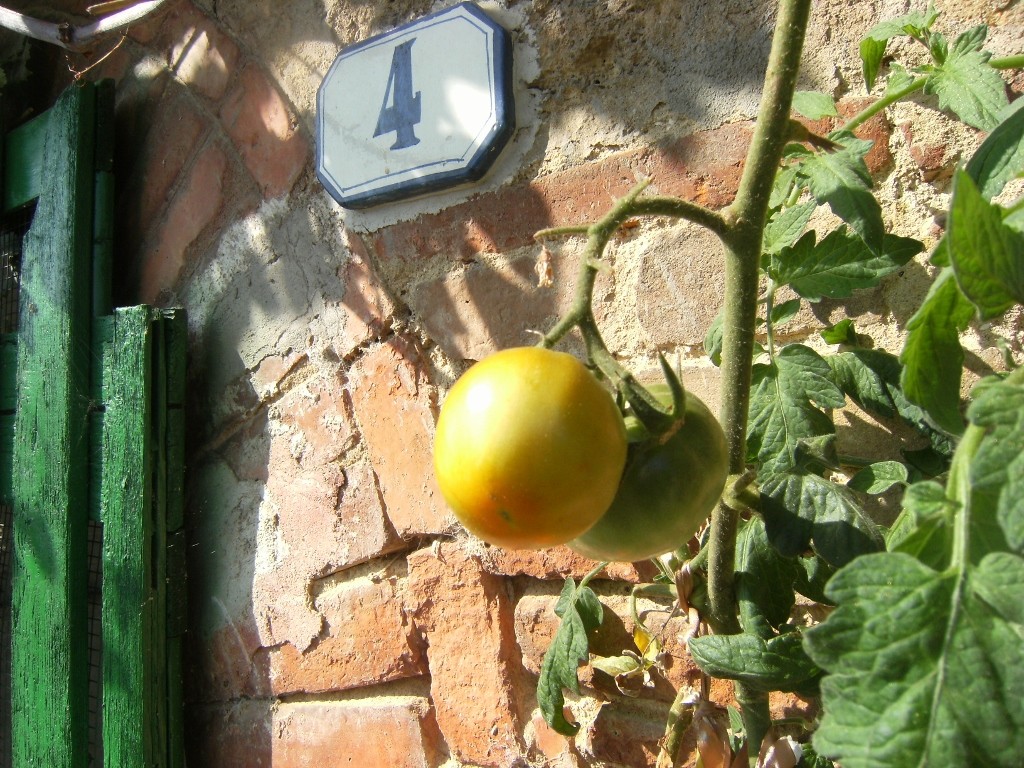 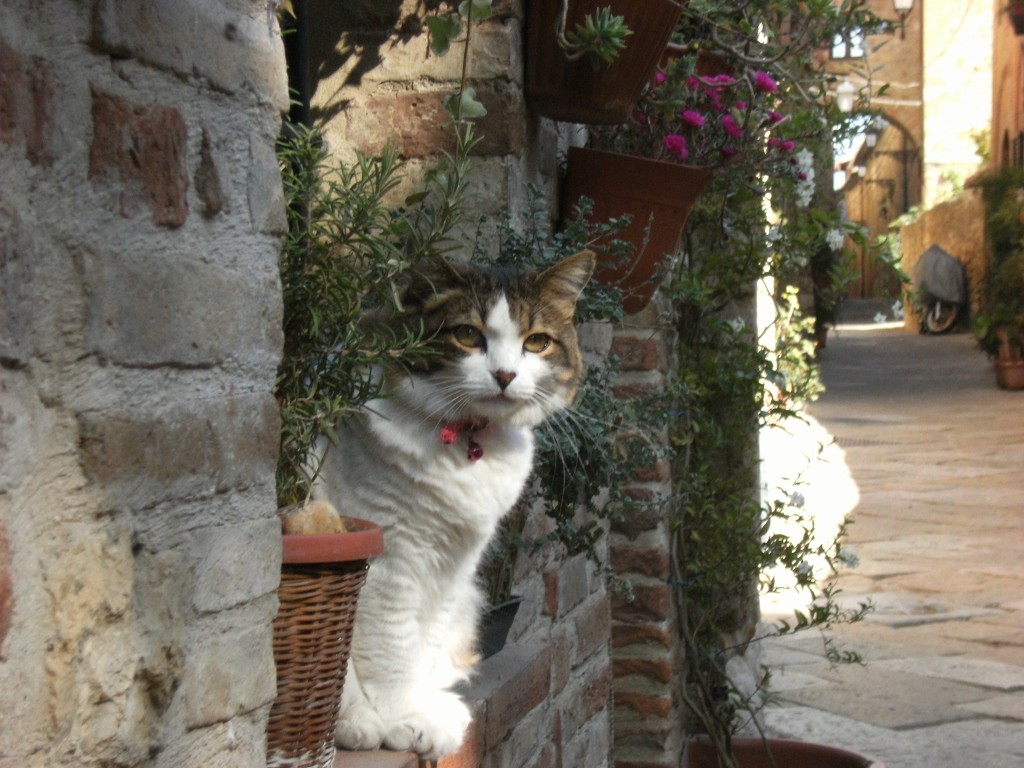 I hope you get to explore Colle someday. 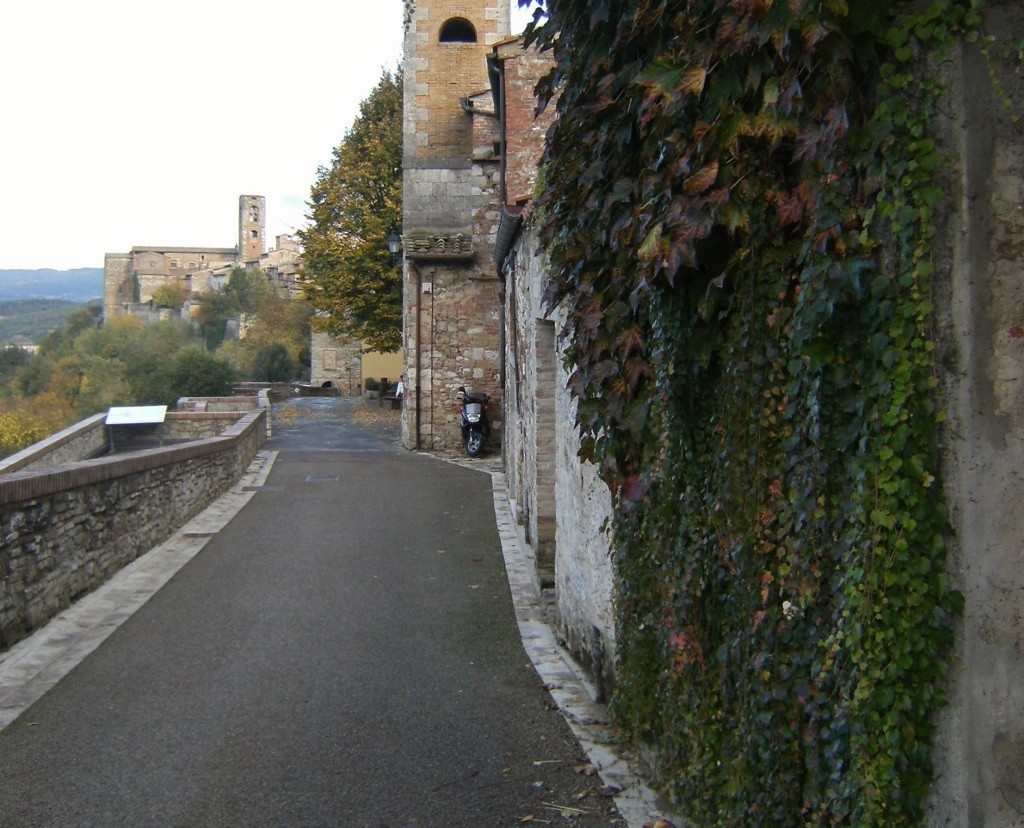 or take the bus to Siena