After miles of flat green cow pasture and apple orchards (Normandy’s known for its dairy products and calvados, an apple brandy), we arrive at Mont Saint-Michel, a majestic mountain in the sea.

The tides fluctuate a lot around Mont Saint-Michel. The causeway that leads to the island can completely disappear during high tide. (I hear they recently built a bridge to replace the causeway). 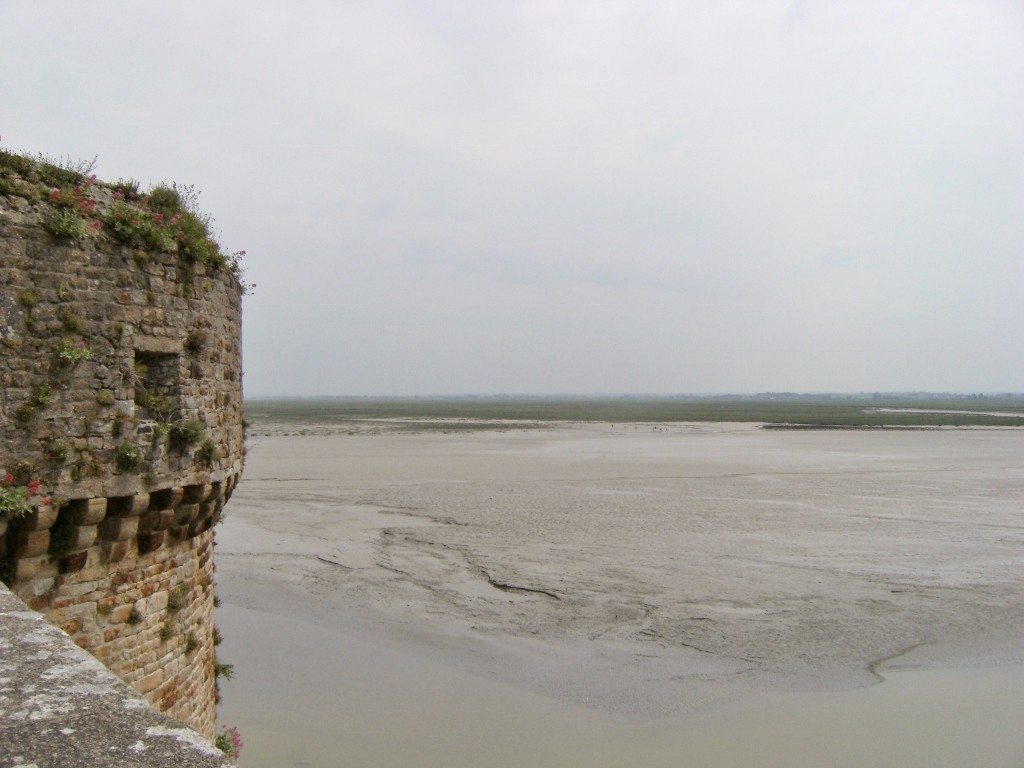 A 1,300 year old Benedictine abbey is perched on top of the island. 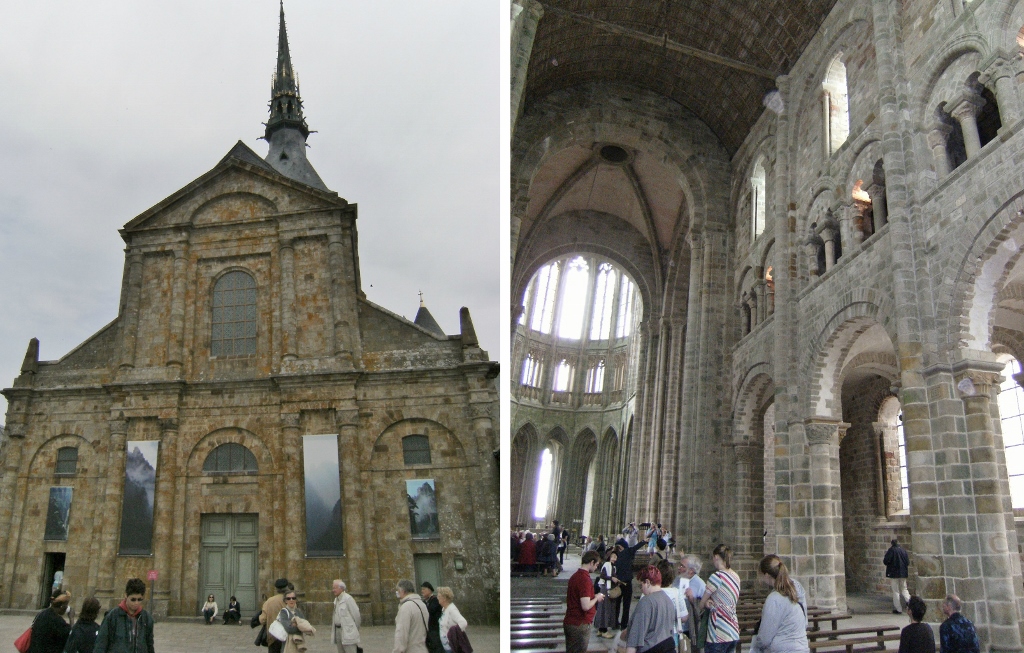 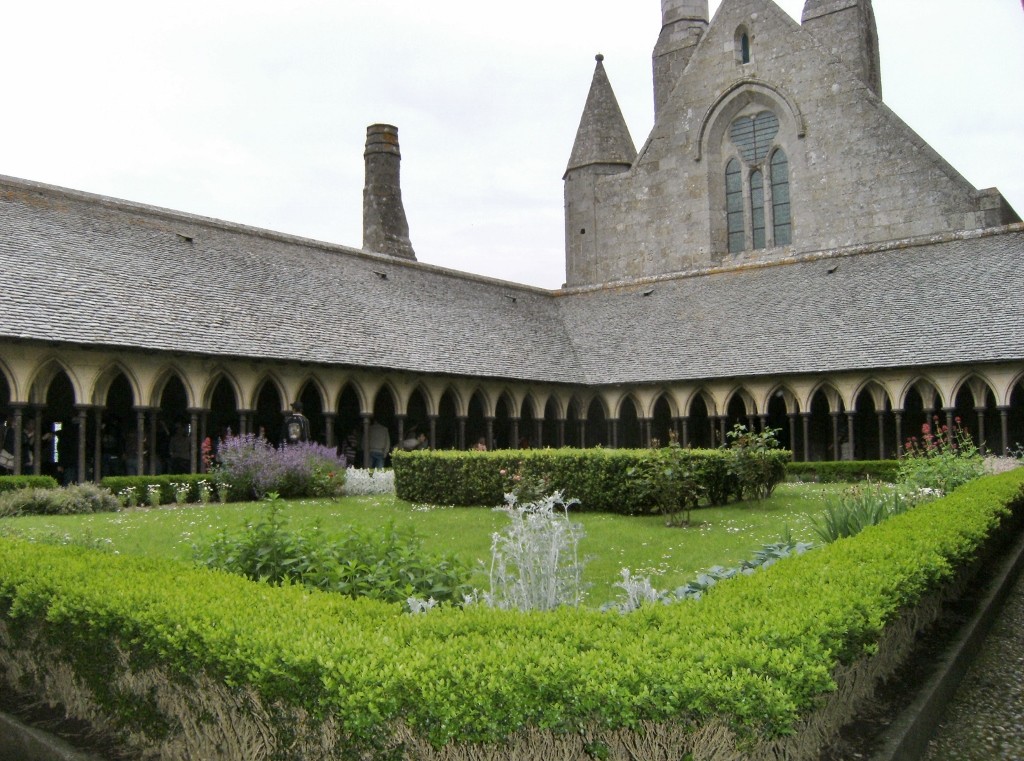 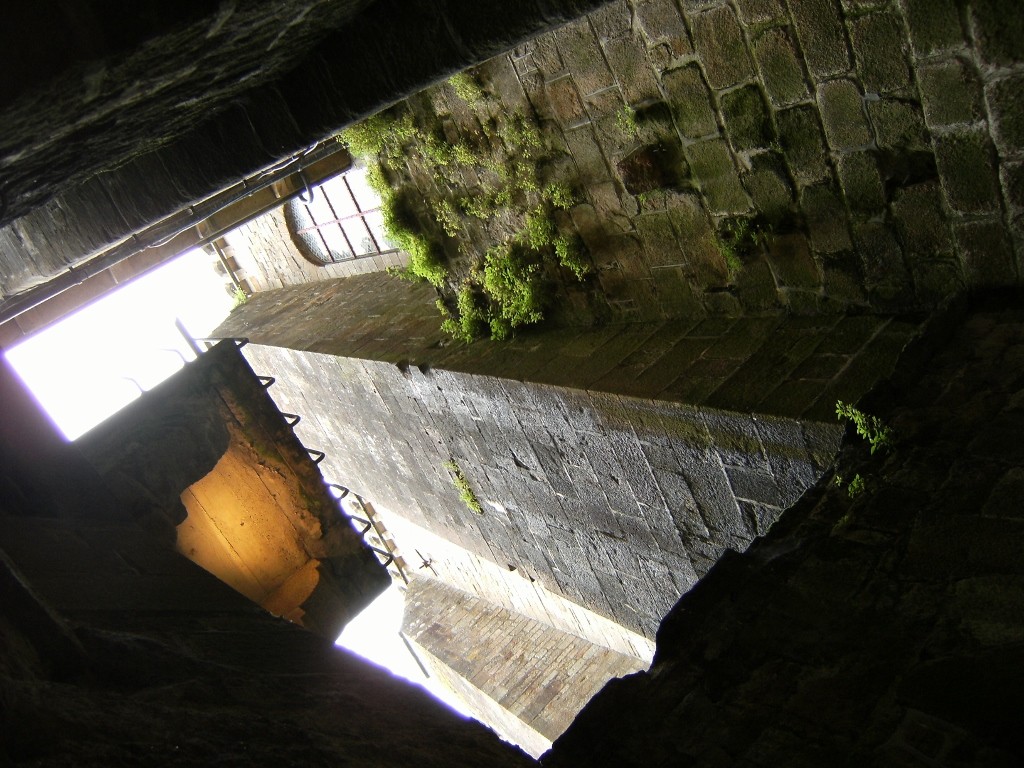 The narrow, curving streets are full of shops. It feels like you’re walking through a Harry Potter set. 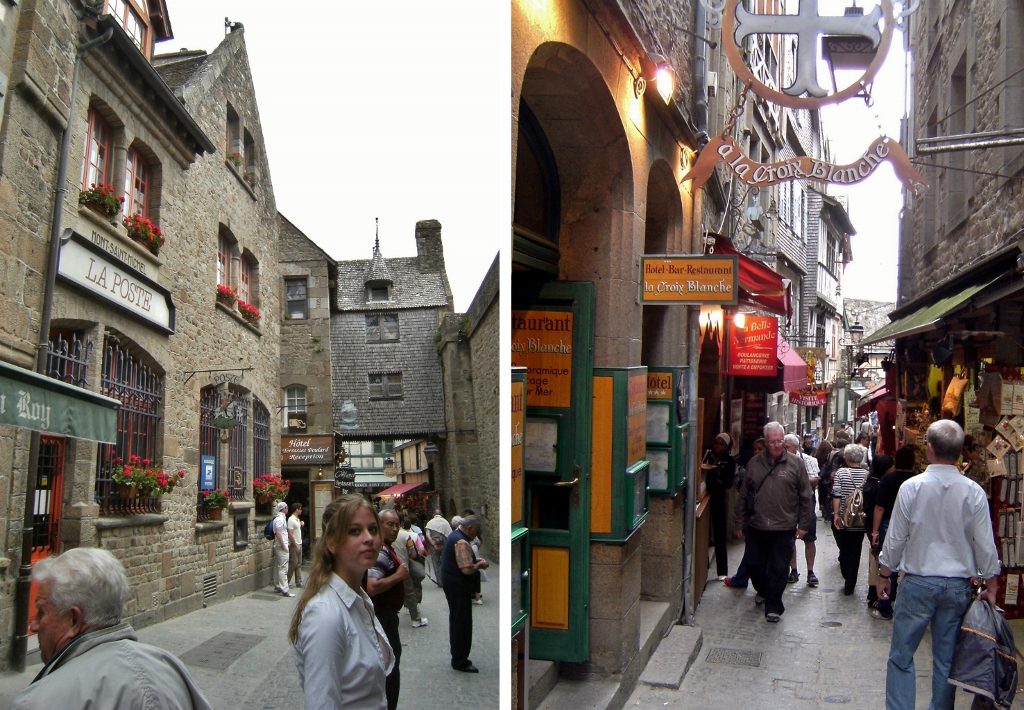 We stay on the mainland. There’s not much to do in the town (we watch “Inspector Gadget” in French for a bit), but it’s worth staying to see the change in tide and the mountain lit up at night. 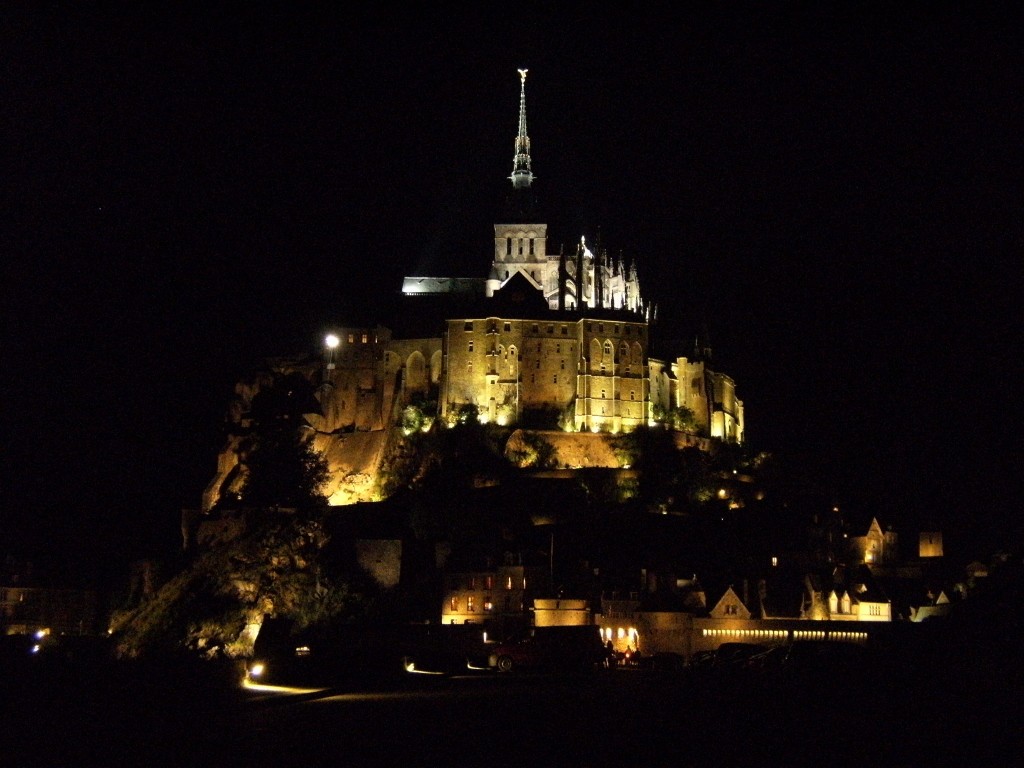 Omaha Beach is much shorter than I expect. The flat sands escalate quickly into cliffs. 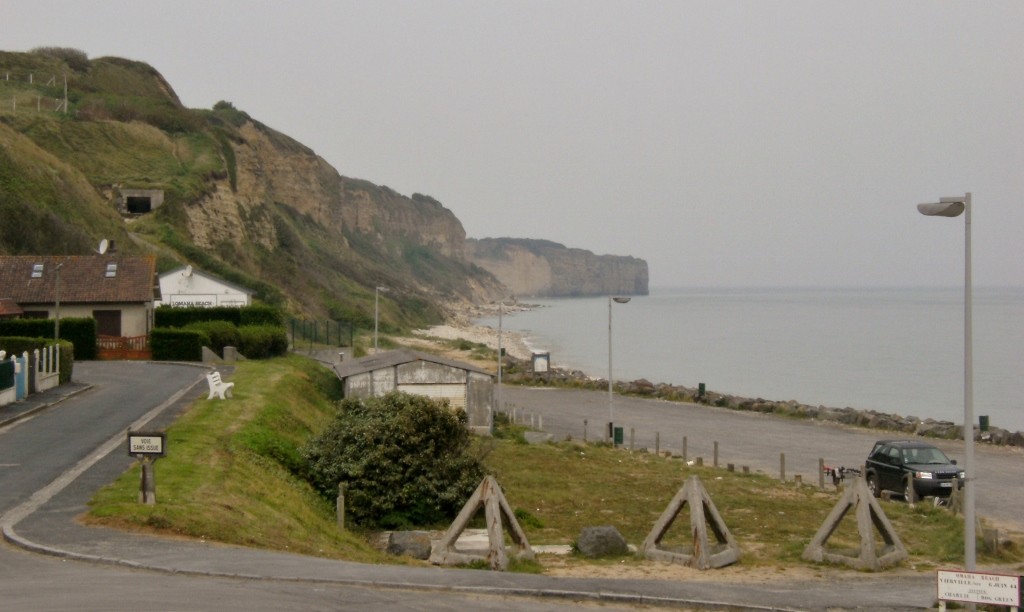 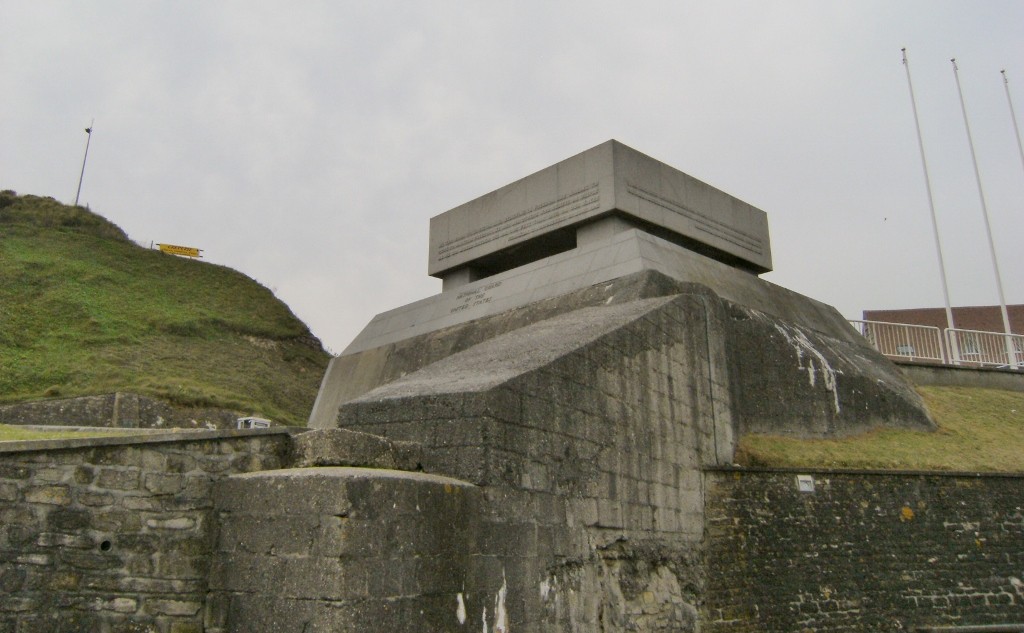 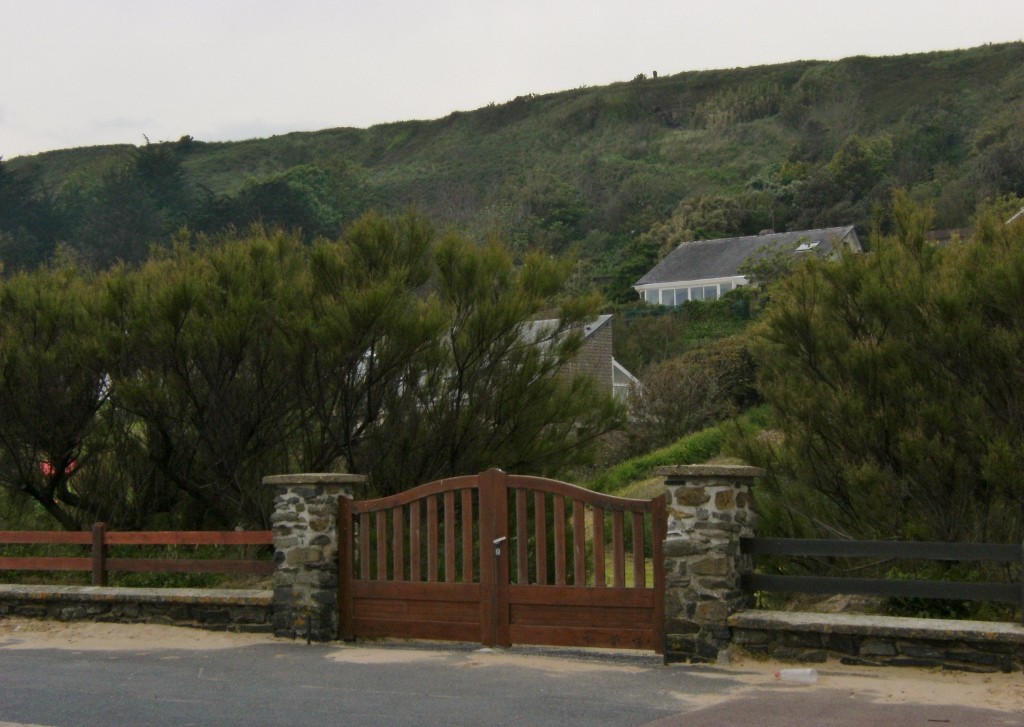 The waves push and pull against a sharp metal sculpture, a memorial to those who fought in D-Day. My Grandpap landed on this shore. 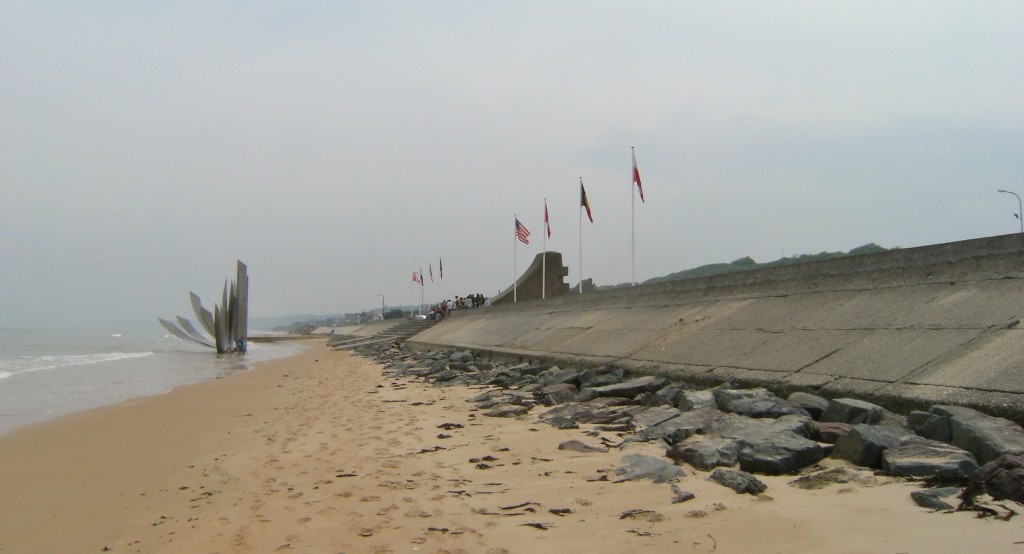 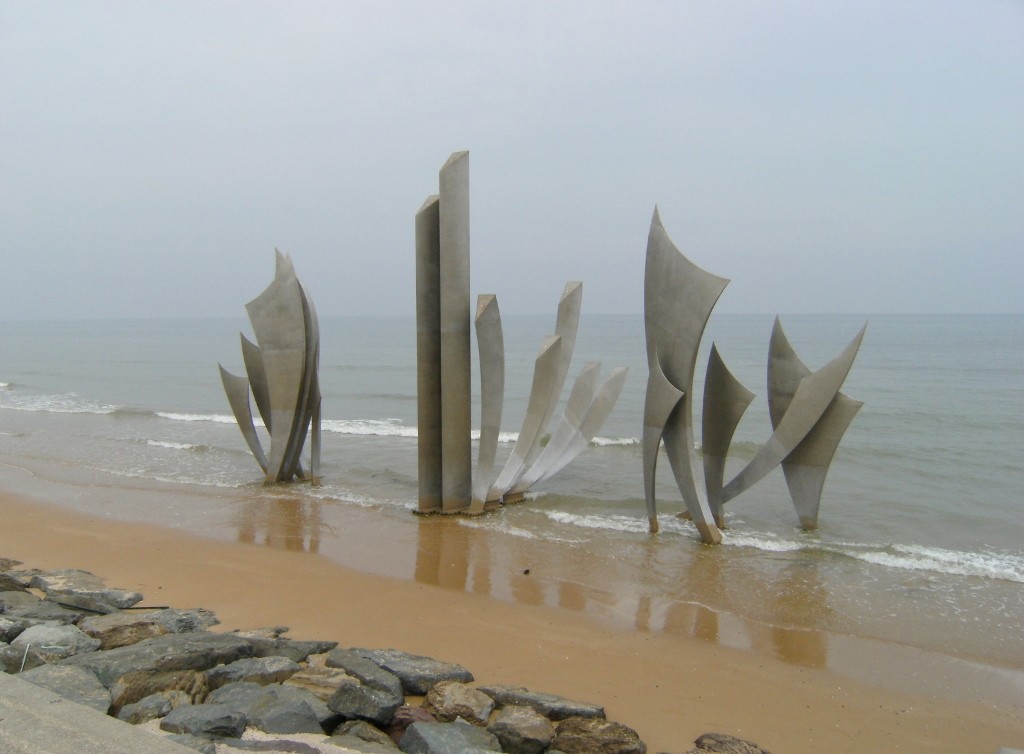 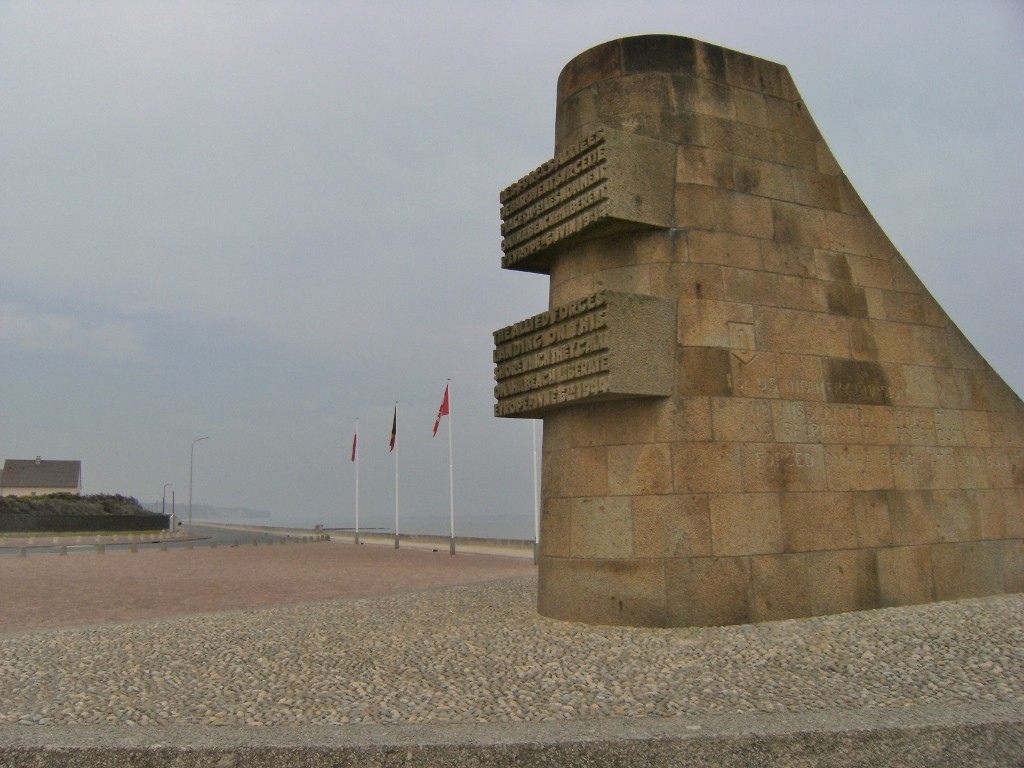 The Normandy American Cemetery is covered with thousands of matching white crosses. 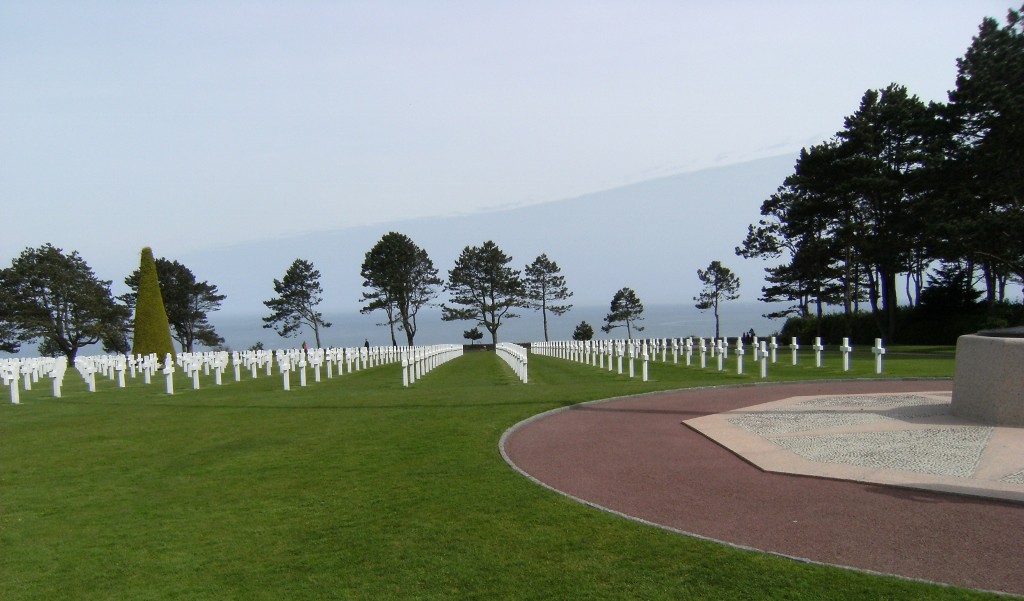 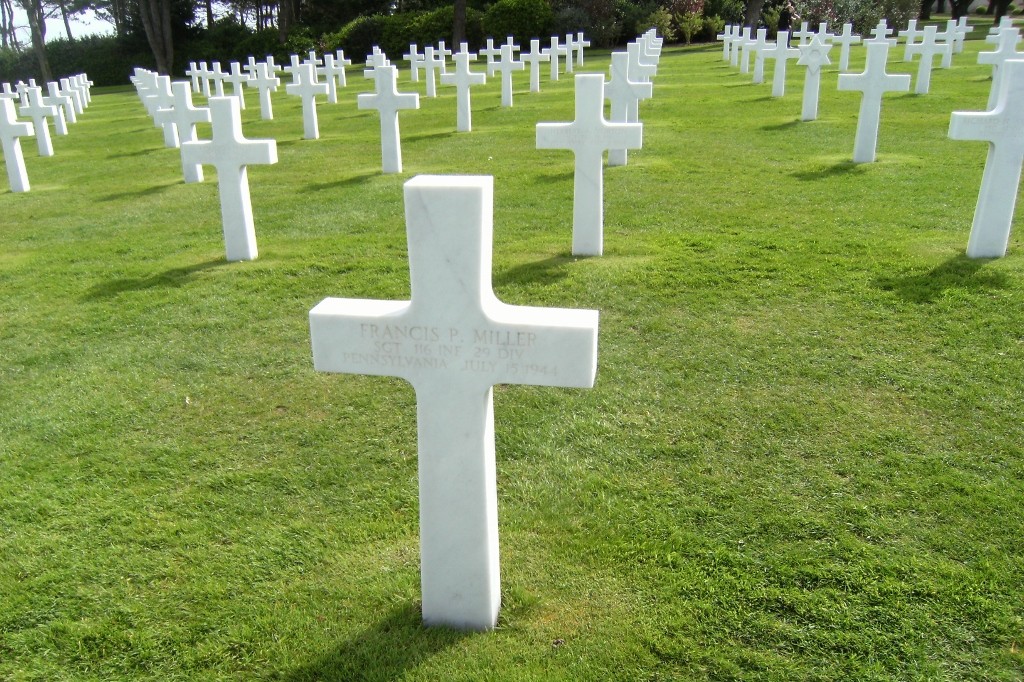 Adjacent is a new visitor center with information on the war. 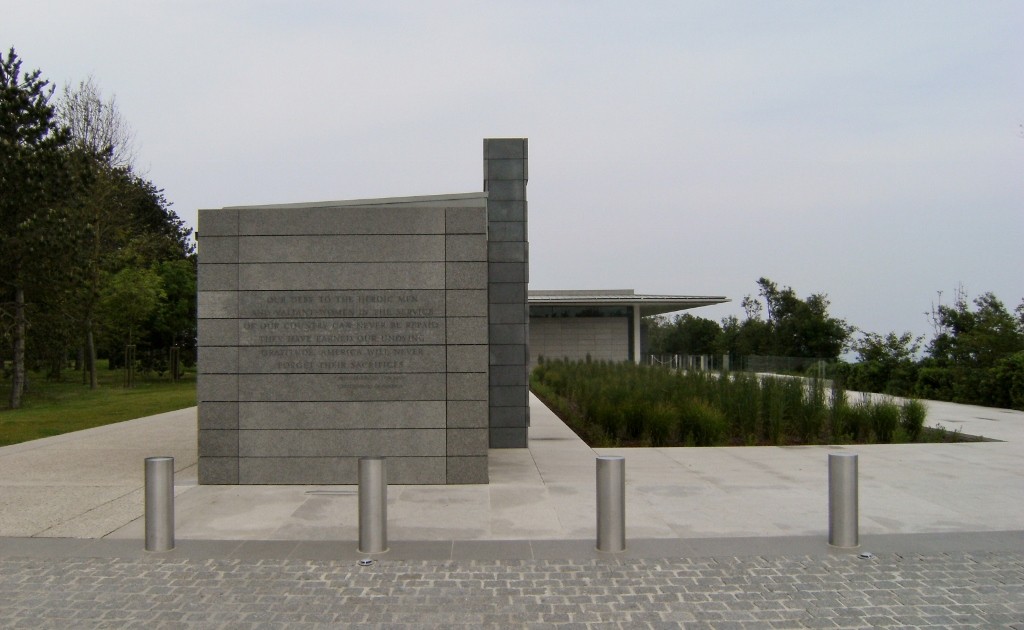 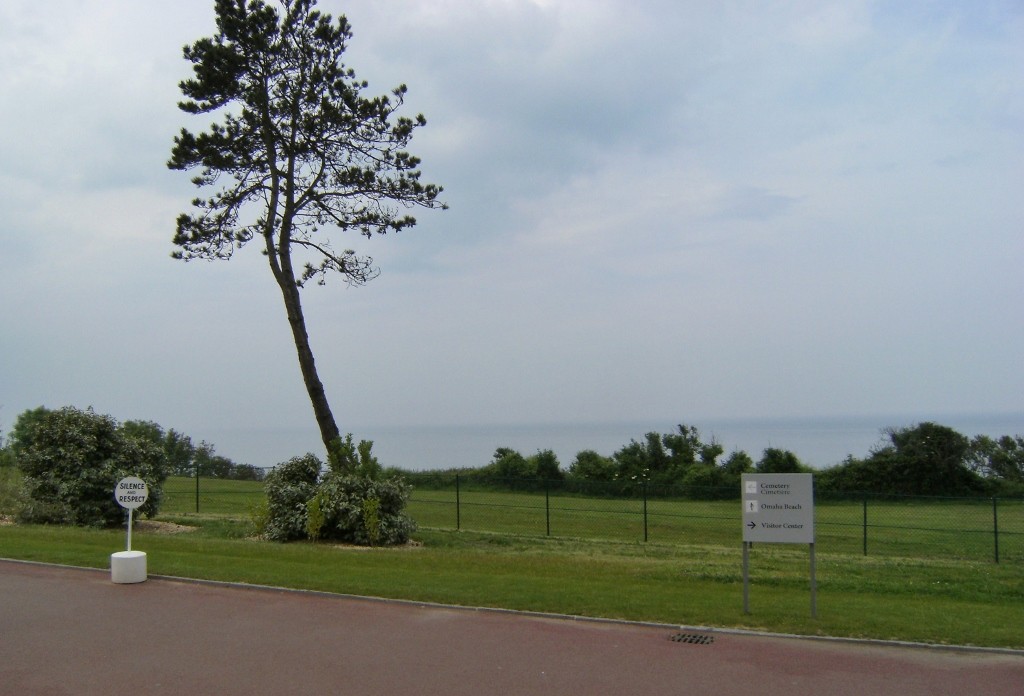 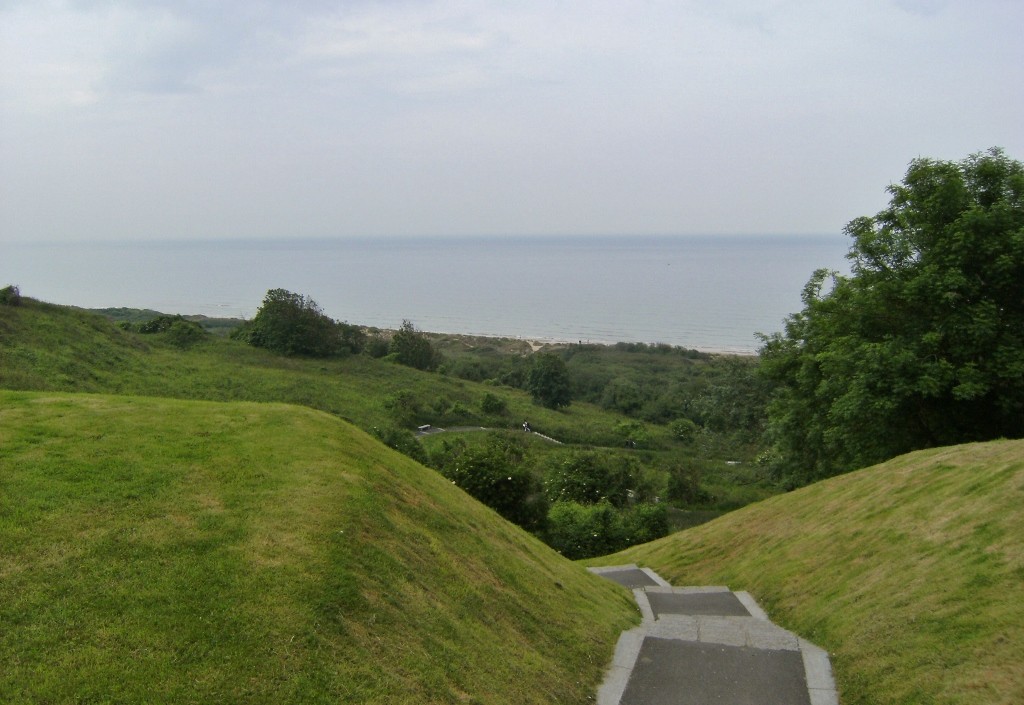 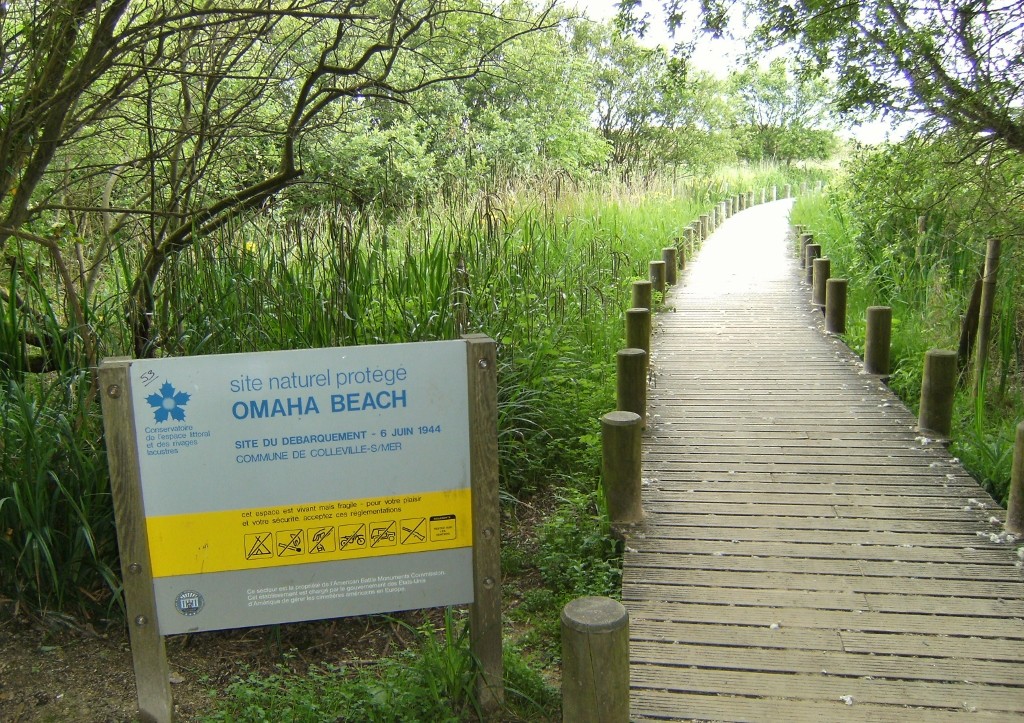 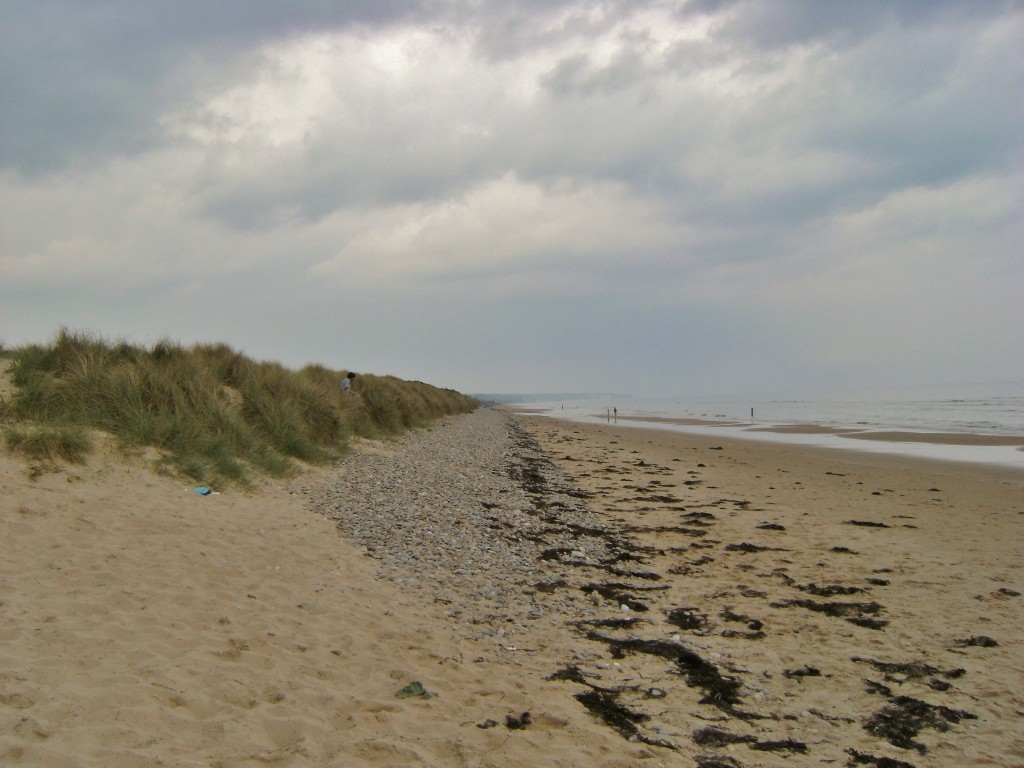 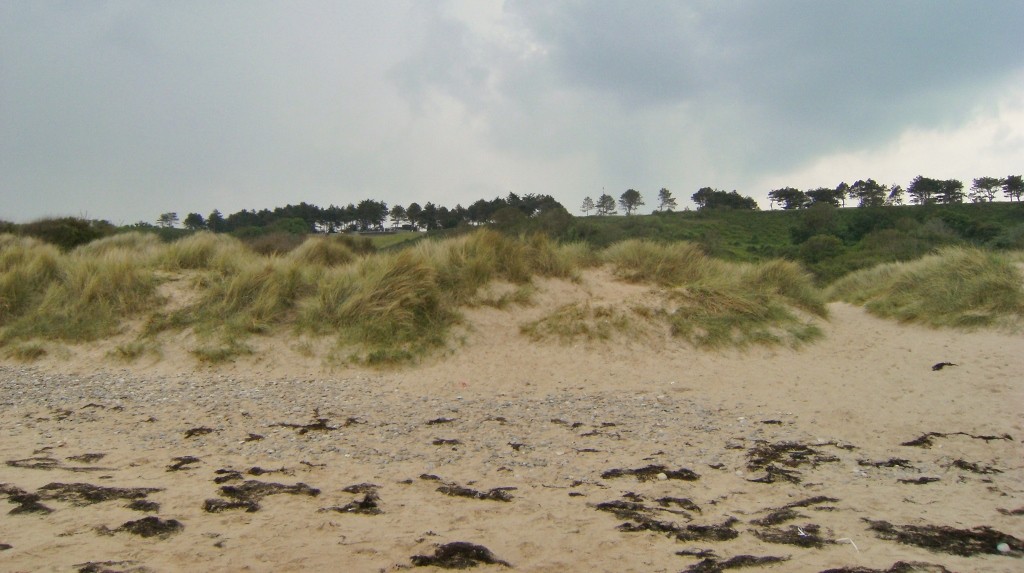 The museum at Arromanches (Gold Beach) is a little smaller than the Visitor Center, but still informative. It tells more of the British side of the story. I didn’t realize they had to build two artificial harbors or how they constructed them in Britain and brought them across the English Channel to assemble them. 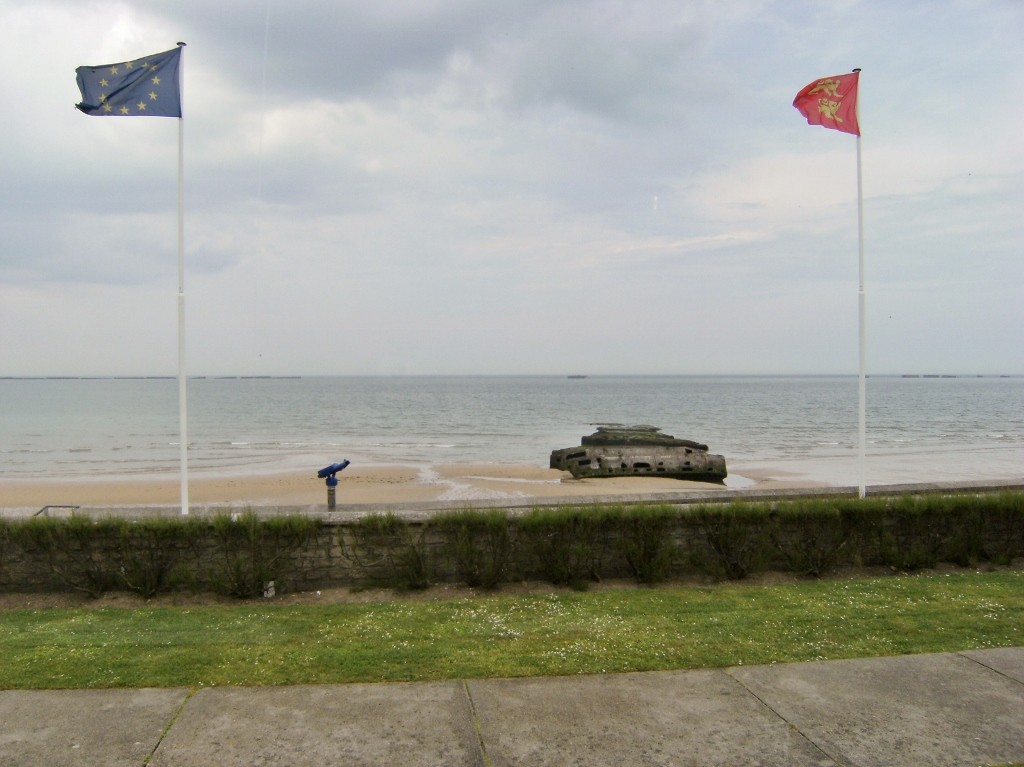 In Bayeux, we stop to see the ancient tapestry. The linen cloth tells the story of the Norman conquest of England through detailed needlework. The main characters are Harold the King of England and William the Conqueror from Normandy. 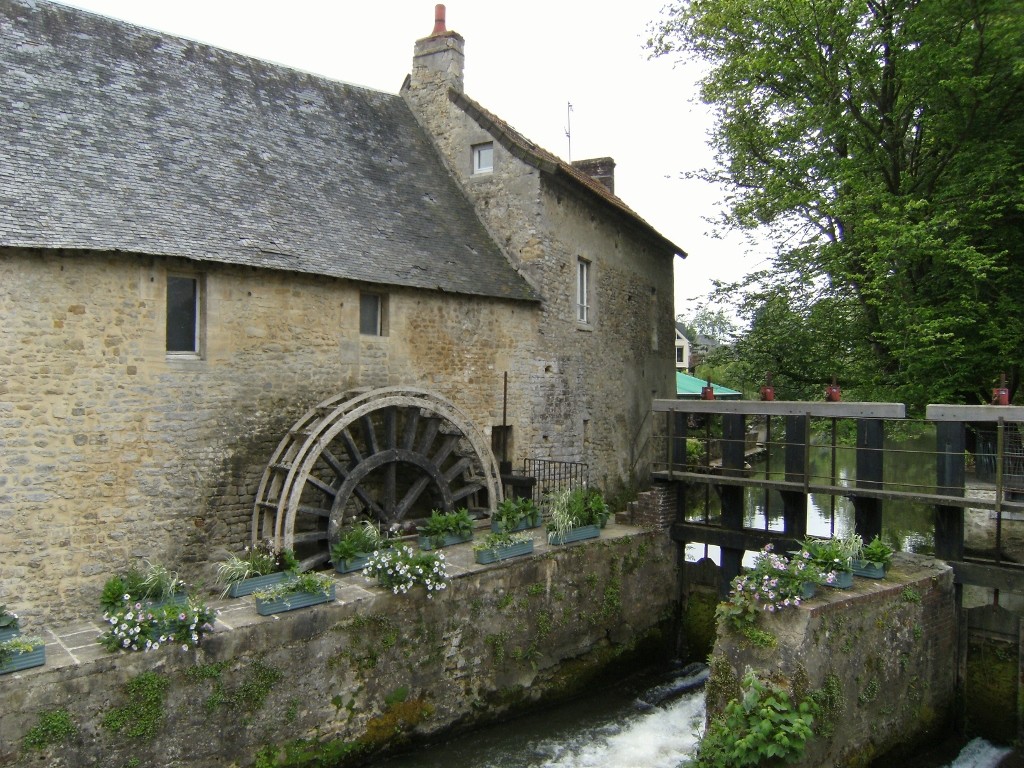 It begins with Edward the Confessor (how would you like to have that name?) telling Harold to go to Normandy, and ends with the Battle of Hastings. Unfortunately you’re not allowed to photograph the tapestry. But let me tell you, it’s very long. If you laid it on a football field, it’d almost stretch from one goal line to the opponent’s 20 yd line. 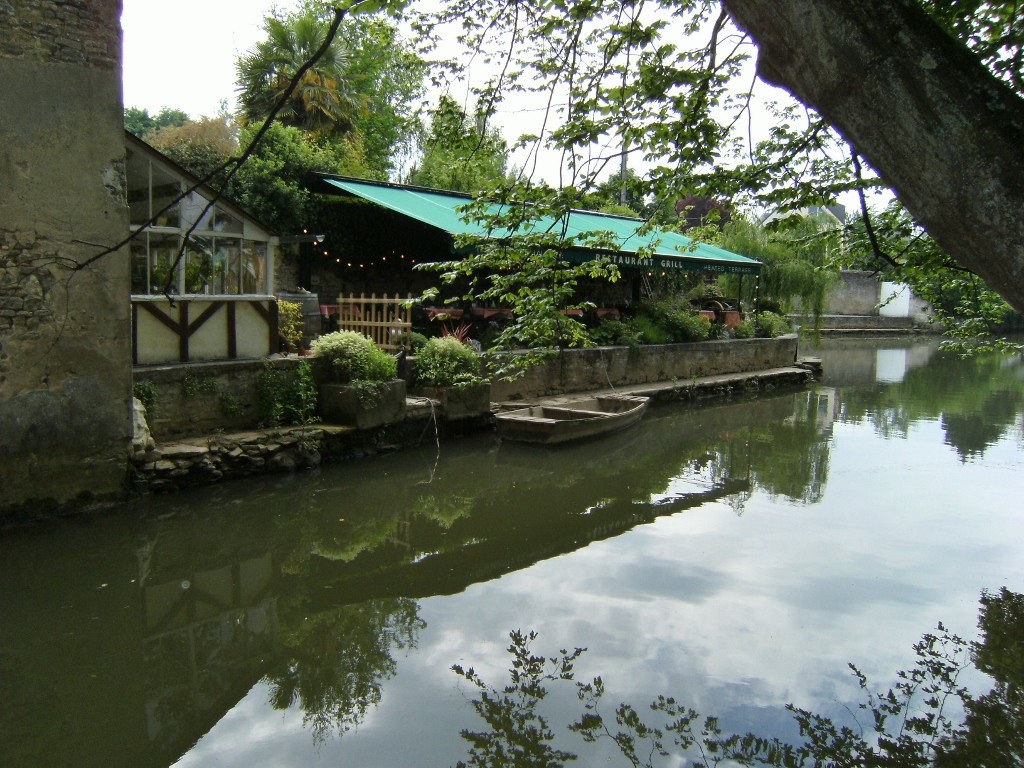 Ride the bus back to Paris